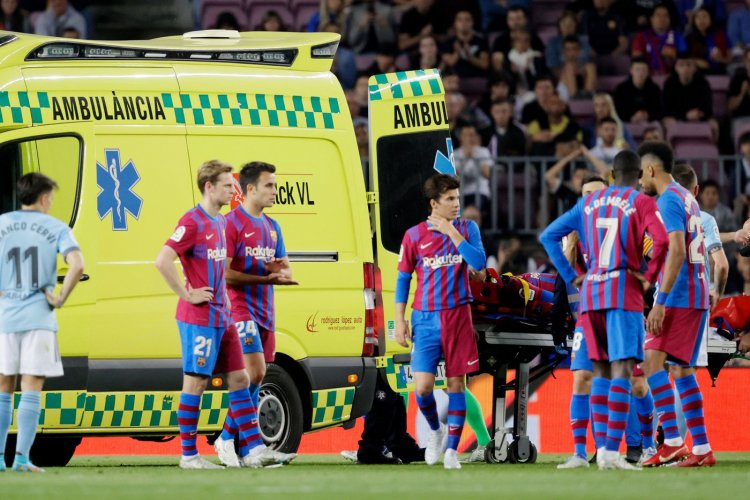 Barcelona defender Ronald Araujo was rushed straight to hospital after suffering a nasty head injury against Celta on Tuesday.

The Uruguay international went up for a header with team-mate Gavi in the 61st minute which left the midfielder on the turf.

Araujo initially seemed OK and ran off but then collapsed onto the pitch and the players quickly signalled for the medical staff to come on and treat the defender.

An ambulance subsequently arrived and Araujo was stretchered into the back and then taken to hospital. The game was stopped for almost 10 minutes because of the incident.

Barcelona have now confirmed via Twitter that the defender has suffered a concussion and will now undergo further tests in hospital.

Liverpool attacker Mane plays down exit rumours: Without my teammates I'm nothing