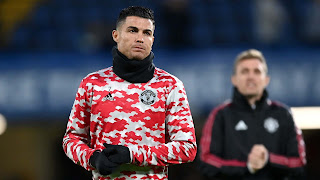 Roy Keane has questioned Manchester United’s decision to bench Cristiano Ronaldo for their Premier League clash with Chelsea, with caretaker coach Michael Carrick opting to name the Portuguese superstar among his substitutes at Stamford Bridge.

The five-time Ballon d’Or winner was introduced in the 64th minute as he replaced goalscorer Jadon Sancho in the 1-1 draw, but eyebrows were raised when the team sheets dropped in west London.

Former Red Devils captain Keane was baffled by the selection, with the Irishman adamant the 36-year-old forward remains the best player at Old Trafford.