Watford goalkeeper Ben Foster has admitted it is a nightmare for custodians when Mohamed Salah has the ball in the danger zone.

The 38-year-old conceded five goals as Liverpool grabbed maximum points at Vicarage Road on Saturday in a Premier League outing.

Salah was on target and also provided an assist as the Reds ran riot in the early kick-off to go briefly top of the table before Chelsea defeated Brentford by a solitary goal in a later match to reclaim the position. 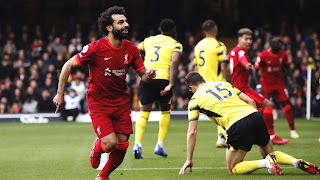