Salah has been one of the most highest-scoring players in the Premier League since he moved to Anfield in July 2017.

On Saturday, the Egypt star scored a goal in the Reds’ 5-0 thrashing of Watford to become the joint highest-scoring African player in the English top-flight history alongside Ivory Coast and Chelsea legend Didier Drogba with 104 goals. 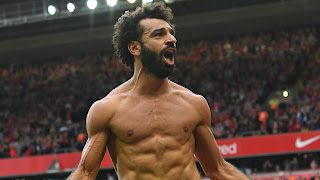