Sandra Iheuwa has reverted to her husband’s name which she initially removed from her Instagram bio.

Recall MCI reported earlier that her husband, Steve Thompson exposed cracks in their marriage following changes they made in their Instagram bio. While Sandra removed her husband’s name and “married to a boss” from her bio, Steve removed “husband and father” from his bio.

Barely 24 hours after Steve Thompson announced the end of their marriage and what allegedly led to the split, Sandra has reverted to his name and also shared a new photo of her wearing her wedding ring with the caption “love and light”. 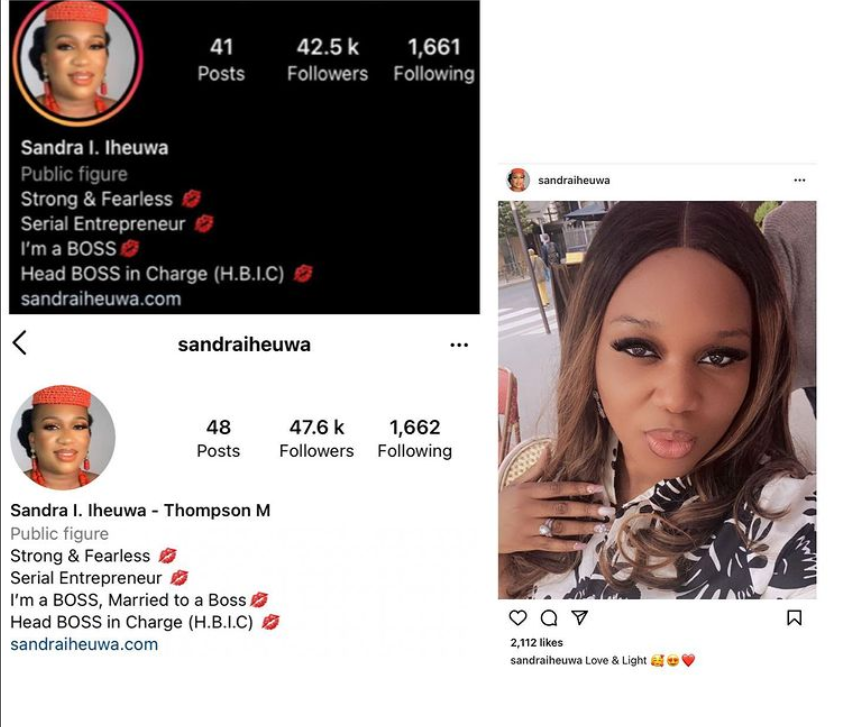