Sandra Iheuwa has seemingly reacted to her estranged husband Steve Thompson’s disclosure of their marriage ending 5 months after it was contracted.

MCI reported earlier that Steve said he “wasted” 45 million Naira to marry Sandra only to discover that Sandra “married for social media, not for the home.”

Claiming that no one can marry Sandra, he also alleged that she fights everyone including his family members and constantly tells him that he married her to get an American “Green card”.

He also averred that their marriage can no longer work because of Sandra’s “too much use of social media.”

Sharing an Instagram post hours after her estranged husband’s outburst on social media, Sandra disclosed that she is craving corn and pear. She added ” na pregnancy hormones I get I no kill person”. 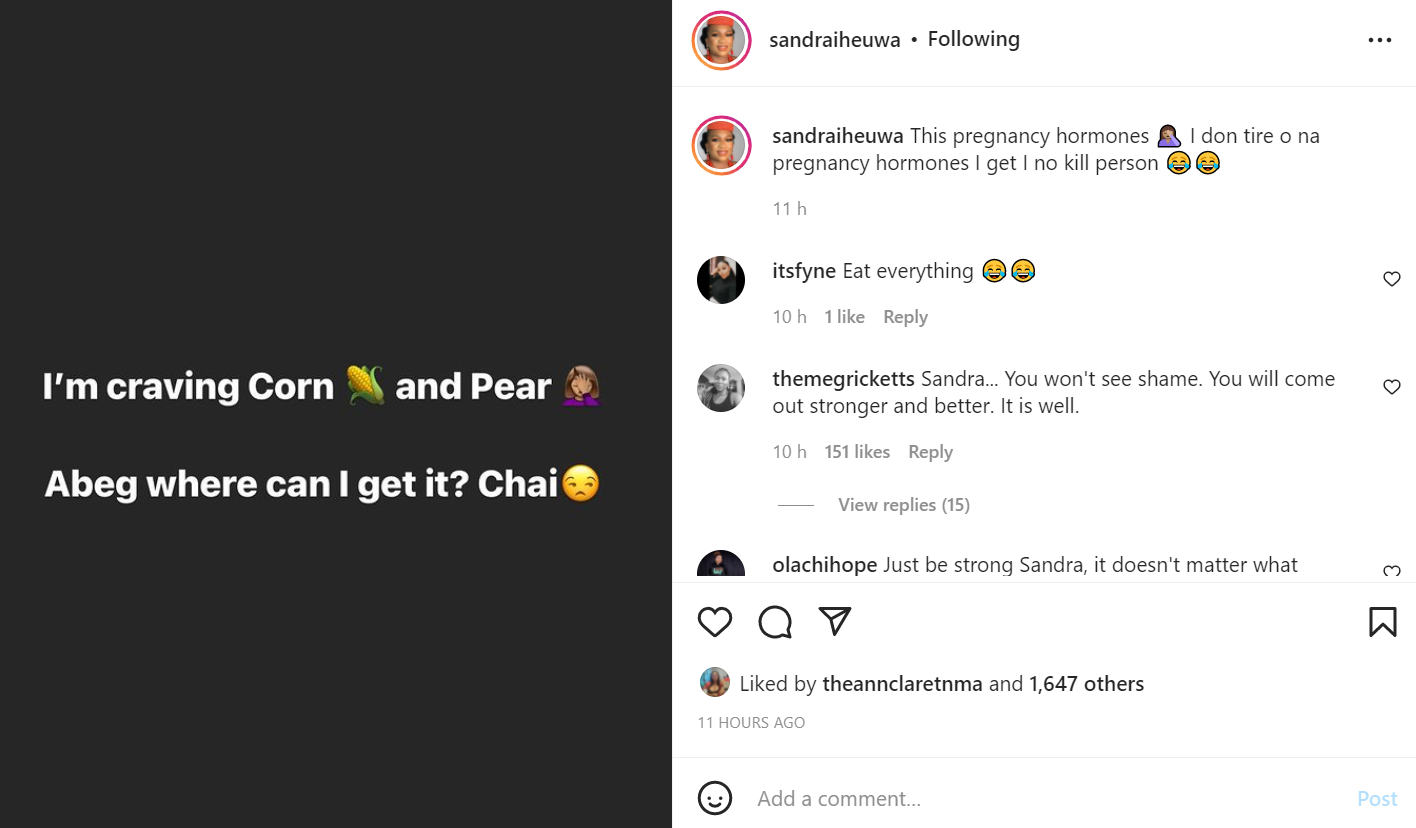