Skip to content
The veteran Brazilian has left the Serie A outfit, in the latest twist in a long-running saga between the two sides
Sao Paulo say that they have released Dani Alves after the defender refused to play for the club amid a dispute over his pay packet.
The veteran Brazilian, who returned to play in his home country in 2019 following a prolific decade-and-a-half spell in Europe, has parted ways with the Serie A outfit.
It is the latest twist in a long-running saga between club and player, one intensified in the wake of the right-back’s gold-medal victory with the Selecao at the Olympics last month. 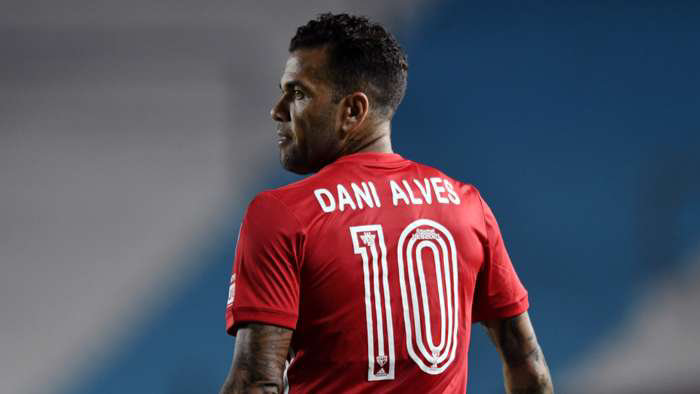