See us as your children – Ekiti Governor-elect, Deputy tell monarchs 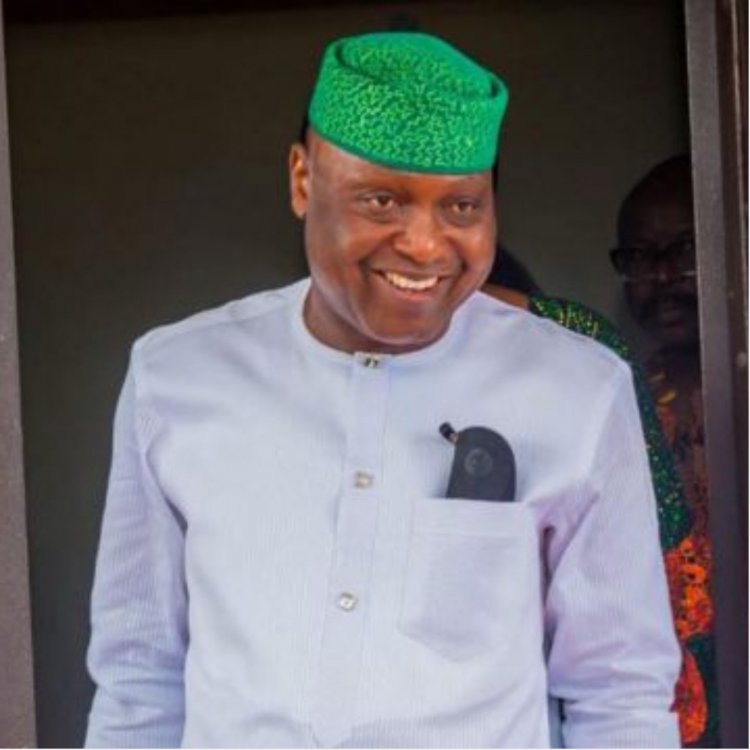 Ekiti State Governor-elect, Mr Biodun Abayomi Oyebanji has called on traditional rulers in the state to see him and his Deputy, Monisade Afuye as their children, adding that his administration would rely on their wise counsel and constructive criticism.

Speaking on Thursday during his “thank you” tour in Ise-Orun, Emure and Ikere Local Government Areas, in appreciation of the support given to him and APC during the June 18 election, Oyebanji urged the traditional rulers not to hesitate to call him to order for any wrong step taken by his administration before it gets compounded.

“I want our royal fathers to see me and my Deputy as their children, not as their governor and deputy governor. Seeing us as your children will not make you be reluctant to call us to order for any wrong step taken by our administration.

“I don’t lay claim to perfection. As a governor that doesn’t mean I cannot make mistakes. Please don’t hesitate to call us to order”, Oyebanji added.

The Arinjale of Ise-Ekiti, HRM Oba Adetunji Ajayi, expressed his profound appreciation for the thank you tour which he described as “unusual”. “I am deeply happy about the thank you tour. You have taken a step that is very unusual with this ‘thank you tour’. This further underscores our belief that you will be a good governor that would keep to his promise.

Earlier, Oyebanji had said his administration would accord, a former Minister of State for Works, Senator Dayo Adeyeye, his deserved respect and make sure his interest and that of his Ise-Ekiti community are protected.

“Our government will give Senator Adeyeye his deserved respect. Everything that he deserves will go to him. Aside from being a brother to me, Prince Adeyeye is one of the leaders I have great respect for. I see him as my elder brother and he relates with me as his younger brother.”

The Governor-elect also paid a similar thank you visit to the Elemure of Emure, Oba Emmanuel Adebowale Adebayo, the Ogoga of Ikere, HRM, Oba Samuel Adejimi Adu Alagbado, Olukere of Ikere, Oba Ganiyu Obasoyin Oyebanji thanked all the traditional rulers in the visited council areas for the warm reception as well as all the courtesies they have extended to him during and after the election.

No going back on planned protest – Ekiti NLC, affiliates insist