Serena Williams has pulled out from the Yarra Valley Classic with a shoulder problem hours after reaching the semi-finals of the Australian Open warm-up event.

The 23-time Grand Slam champion had earlier beaten fellow American Danielle Collins 6-2 4-6 10-6 in the quarter-finals at Melbourne Park on Friday to set up a semi-final clash with top-ranked Ashleigh Barty.

The 39-year-old had been due to play world number one Ashleigh Barty on Saturday but the Australian will now have a free passage through to the final.

Australian Barty, who won 7-5 2-6 10-4 against American Shelby Rogers, will now have a free passage through to the final.

Before withdrawing, Williams said she was looking forward to the semifinals.

“It’s been a long 12 months. Tennis has been played but not really, so … hopefully this is like a new year where things will be different.”

Writing on Instagram on Friday afternoon, Williams said: “I’m really disappointed I can’t finish out this #yarravallleywta tournament going to take a day off to get my shoulder ready for the @australianopen.” 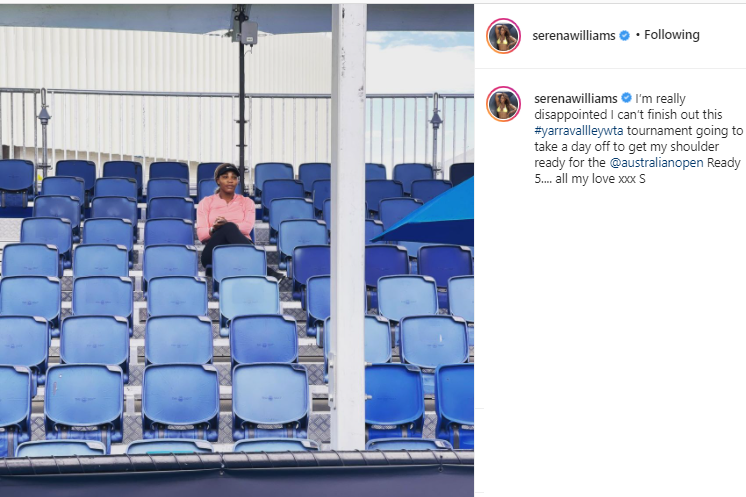