AC Milan were held to a 2-2 draw by rock-bottom Salernitana on Saturday which kept them top of Serie A but also handed the title advantage to city rivals Inter. Seven-time European champions AC Milan have a two-point lead. AC Milan were held to a 2-2 draw by rock-bottom Salernitana on Saturday which kept them top of Serie A but also handed the title advantage to city rivals Inter. Seven-time European champions AC Milan have a two-point lead. However, Inter, still smarting from a midweek Champions League home loss to Liverpool, have two games in hand and can reclaim pole position if they defeat Sassuolo on Sunday. Brazilian midfielder Junior Messias gave Milan a fifth-minute lead before Federico Bonazzoli levelled with an overhead kick on the half-hour mark. Giant Bosnian striker Milan Djuric headed Salernitana in front on 72 minutes before Milan salvaged a point thanks to a long-range effort by Ante Rebic five minutes later. Salernitana, with their third coach of the season in Davide Nicola in charge, are still seven points from safety. Teenagers Cristian Volpato and Edoardo Bove came to Romaâ€™s rescue as Jose Mourinhoâ€™s side drew 2-2 with Verona. With Verona 2-0 up, 18-year-old Volpato scored in the 65th minute, just three minutes after coming off the bench when he reacted fastest to a half-cleared corner. Bove, 19, was then introduced in the 78th minute and six minutes later secured a point with a shot in off the post, again following a corner from Jordan Veretout. Verona, coached by Igor Tudor, had been worth their 2-0 lead. A free-kick, well-rehearsed on the training ground, from Czech star Antonin Barak gave them a fifth-minute lead. It was his 10th goal of the season. â€“ Mourinho red card â€“ They doubled their advantage on 20 minutes through French midfielder Adrien Tameze. Mourinho was sent off in stoppage time for an angry outburst at the referee. He later posted a series of photographs of himself on Instagram, holding and then kicking the ball. â€œPicture 1 ball possession, picture 2 direct football, picture 3 I love this people and for them I fight, picture 4 I dont talk, is better to go home and have a nice dinner. Have a good Sunday,â€ he wrote after opting to skip his post-match media duties. A third successive draw for Roma left them in seventh place, six points off the Champions League spots. Meanwhile, Fabio Quagliarella made light of his 39 years to score twice as Sampdoria defeated Empoli 2-0 to boost their Serie A survival hopes. Before Saturday, former Juventus striker Quagliarella had only scored once this season, a penalty in October, but he rediscovered his form at a crucial time with goals in the 14th and 29th minutes against Empoli. Sampdoria are now in 15th place in the table, five points above the drop zone. â€œThese are three very important points. Thereâ€™s a long way to go in the championship but this victory gives us confidence,â€ the veteran striker told DAZN. â€œI realise that I am a certain age but I will give everything and my last drop of sweat for this shirt,â€ added Quagliarella who has been on the scoresheet for the last 18 consecutive years in Serie A. With 180 goals in the league from a career which has also taken in Torino, Ascoli, Udinese and Napoli, he is Serie Aâ€™s leading active scorer. Ciro Immobile, 31, who has 19 goals this season for Lazio, is not far behind on 174 goals. AFP 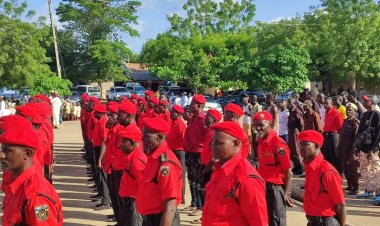 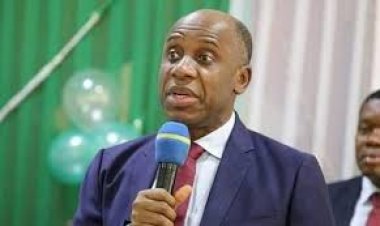