Oyo State Governor,  Seyi Makinde, has reacted to a report that one of the cars in his convoy ran a child over.

He explained that an investigation has been carried out and it revealed that the child was knocked over by a car that was not part of his convoy.

He, however, sympathised with the parents of the child.

He tweeted: “I received with deep concern the report that my convoy ran over a child on our way to Ogbomoso, earlier today. Our preliminary investigation revealed that the child was hit by an individual driving a Toyota Matrix car who lost control of his vehicle. He was not part of my convoy.

“My heartfelt condolences go out to the parents of the child. May her gentle soul rest in peace. Investigations are ongoing and we will ensure that the perpetrator(s) is brought to book.” 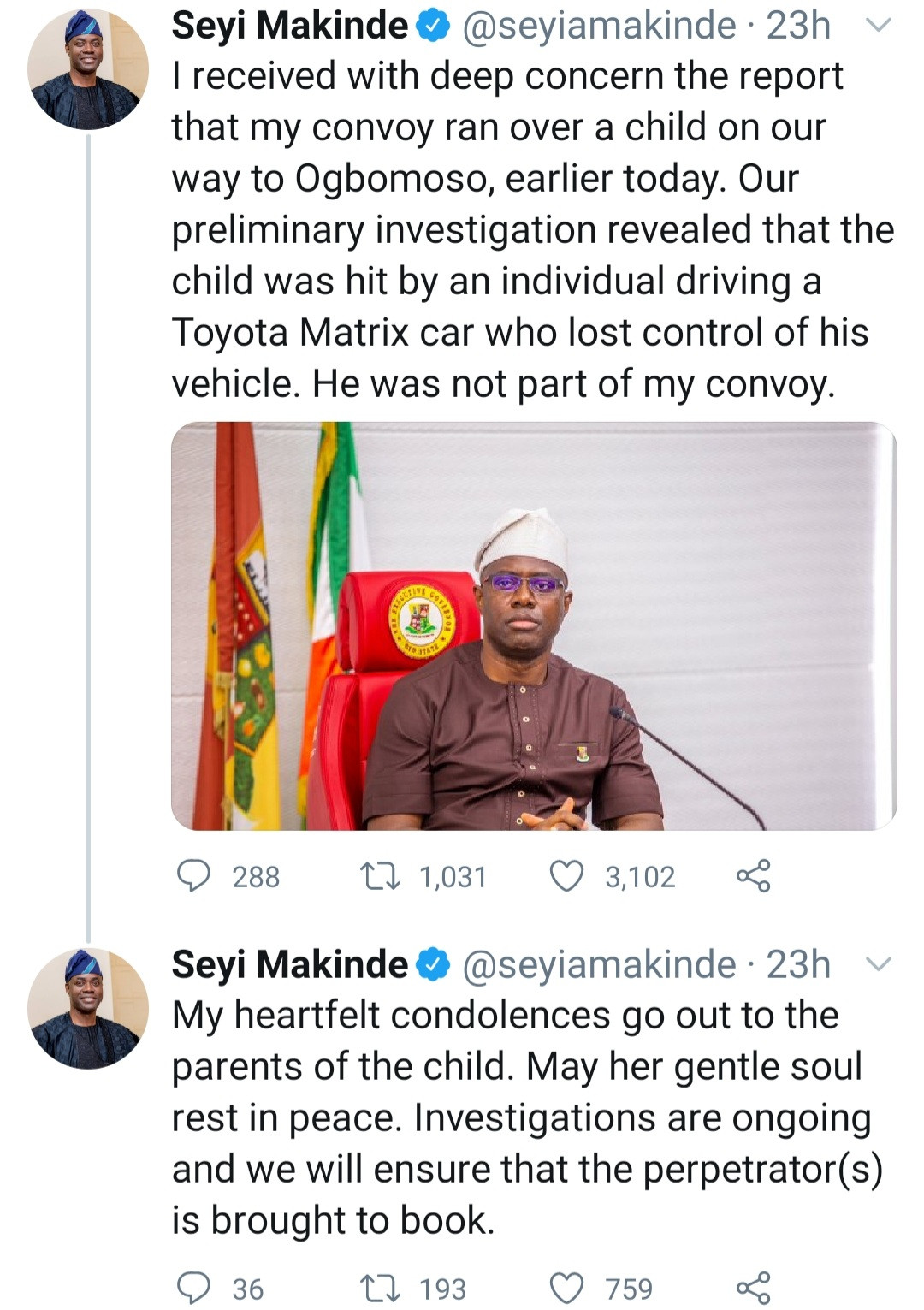