The Oluwo of Iwo, Oba Abdulrasheed Akanbi has seemingly mocked his ex-wife, Chanel Chin and compared her to the Toronto sisters accused of attempting to extort billionaire businessman, Femi Otedola.

Recall that Canada-born Chanel Chin released a video of the monarch rolling up a joint to smoke after she granted an interview accusing him of numerous vices including sleeping with their 13-year-old maid and daughter of woman that sells tatashe in front of his palace. 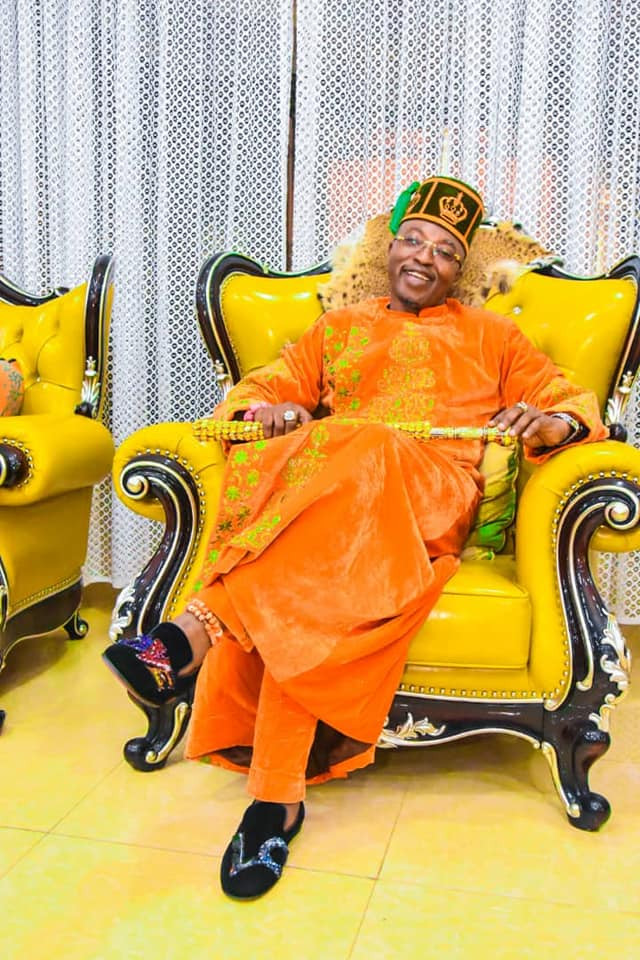 Taking to his official social media accounts on Saturday, August 28, the Oluwo of Iwo mocked a certain enemy who has a child for him, recorded their activities in the bedroom during a “fraudulently arranged relationship” and attempted to extort him with a video.

“My Enemies has lost and i rejoice over them !!! Victorious Faces of a king that overcome all his enemies including the one that sleeps in my bed, have a child, poisoned, took contract money for my life, recorded every movement in the bedroom and palace for 4 years of a fraudulently arranged relationship, asking for settlement money not to release video but never got a dime like the Chief Femi’s Toronto Indian girls in 2017 who were obviously her known associates,” he wrote

“But one secret they don’t know about me is the Power and will of Olodumare God Almighty who is worthy of praise and will never leave His ordained Servant to be scorned by enemies !! Kings,even fake mighty kings, people of different status and frenemies gathered against me but in the name and of Olodumare

He helped me destroyed them all and I’m always and born ready any day, anytime,hours, minutes and seconds of their schemes and with same name and power of God Almighty Olodumare… they will still be destroyed. How has life of shame been treating you losers ???? Hahahaha 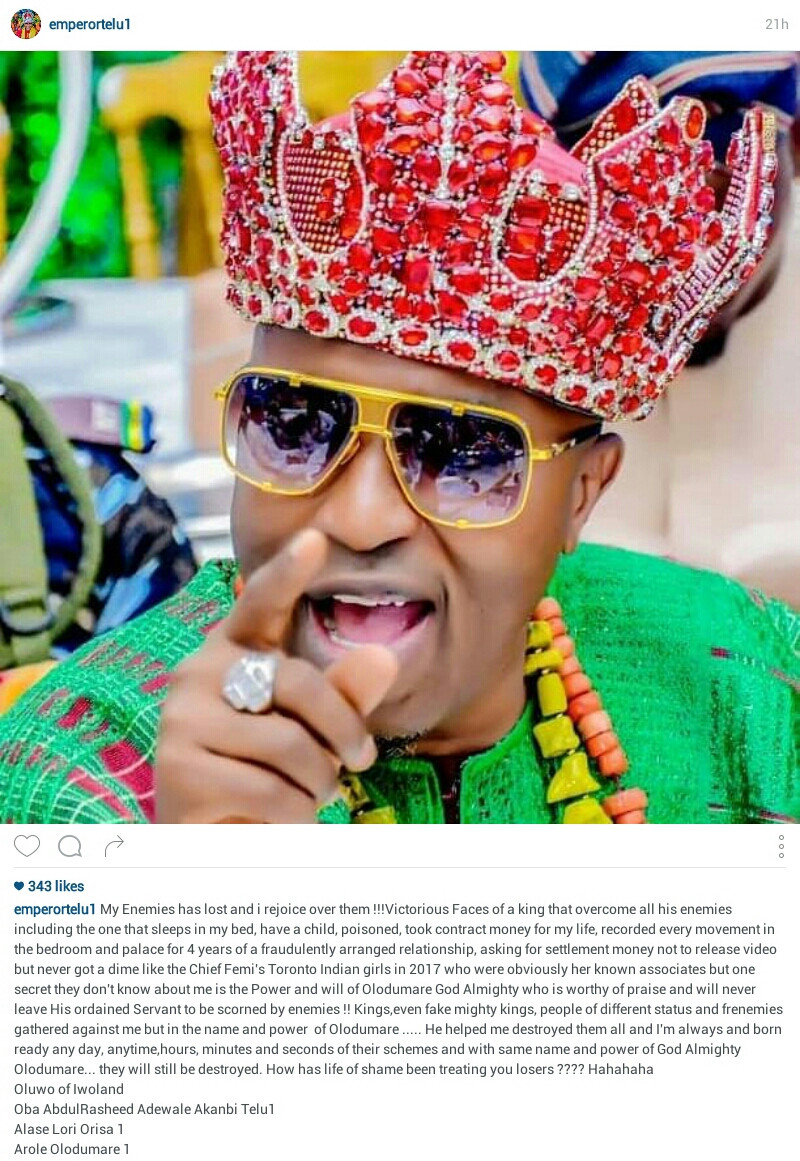 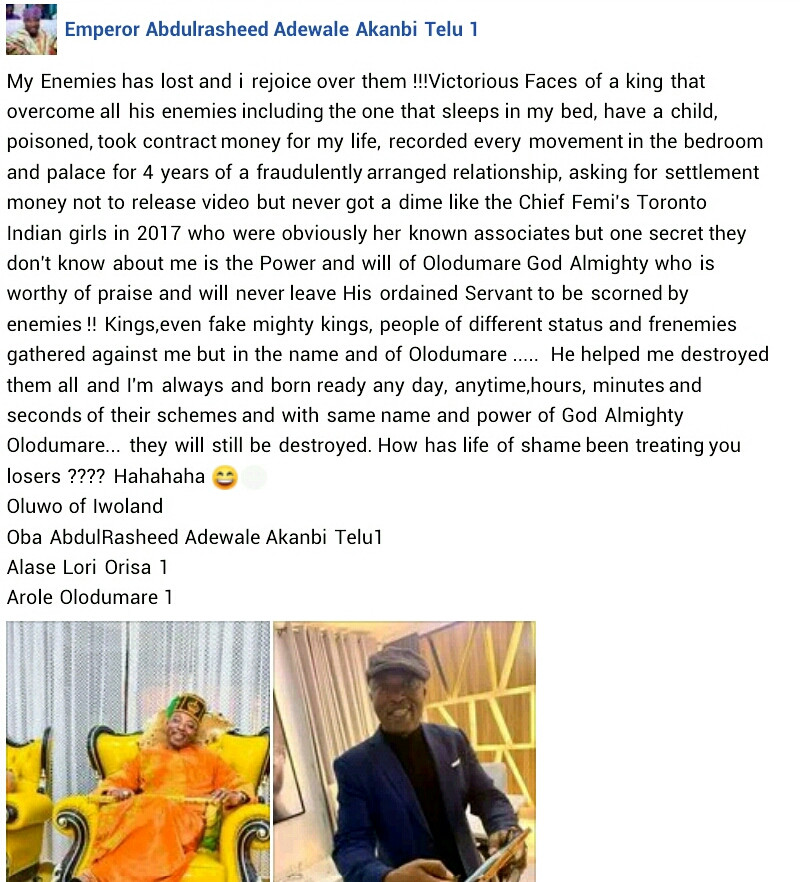