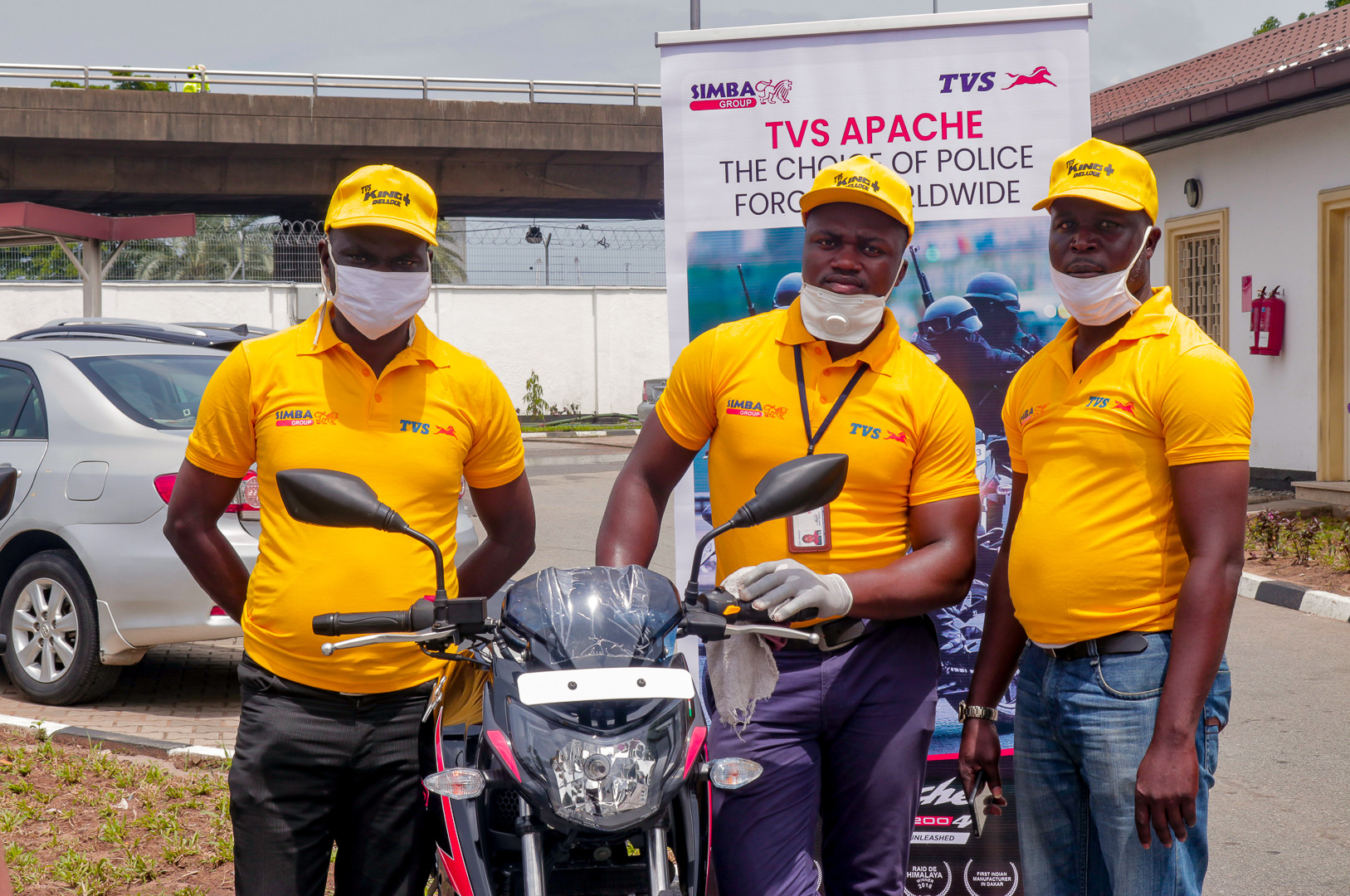 On Tuesday, 16th of June 2020, Simba TVS Group donated six (6) units of black apache motorcycles to the Lagos State Government to assist the Government’s efforts to curb the crime rate and minimize the impact on communities and the pressures on local security forces.

Derived from their Apache racing series of motorcycles, these machines have been adopted by police forces in several countries across the globe. These motorcycles offer effective utility and will no doubt enhance the capacity of the Lagos State security services to combat crime

Currently they are being used by police in India, Bangladesh, Sri Lanka and Indonesia. Other than aiding security activities, it’s being used for personal transport in Egypt, Indonesia, Vietnam, India, Sri Lanka, Bangladesh, Peru, Argentina, Columbia and Brazil and some 40 other countries. 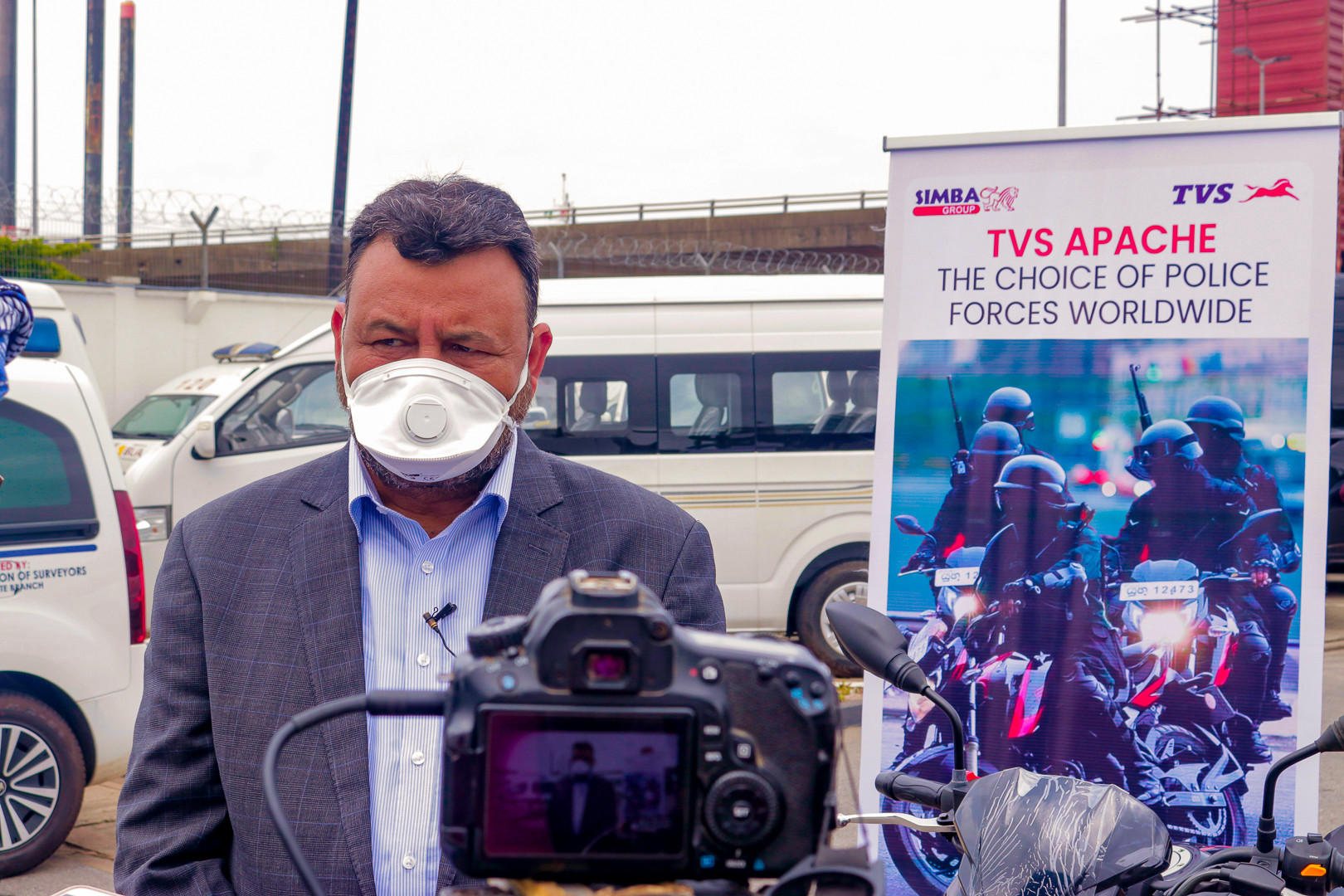 Representing Simba TVS was the Business Head – Mr Mahenda Pratap, Mr Karthik Govindarajan Head-Marketing and other representatives of the company. . The motorcycles were received by the Head of Services for Lagos State, Mr Hakeem Olayinka Muri-Okunola and Mrs Solape Hammond, the Special Adviser on Sustainable Development Goals (SDGs), to Babajide Sanwo-Olu- Governor of Lagos State.

“Following Lagos State’s unflinching commitment to increase the general security and welfare of the state, we are pleased to support the efforts of the Government with six(6) units of Apache Motorcycles to further intensify the crime reduction strategies of the state. We fully understand that protecting the lives and properties of all Lagos State inhabitants is a job that requires the concerted efforts of both the government and the private sector. This is why we proactively support the security agencies, especially the Lagos State Police Force with these Apache motorcycles for security monitoring and responses.” said Mahendra Pratap, Business head – Simba TVS. 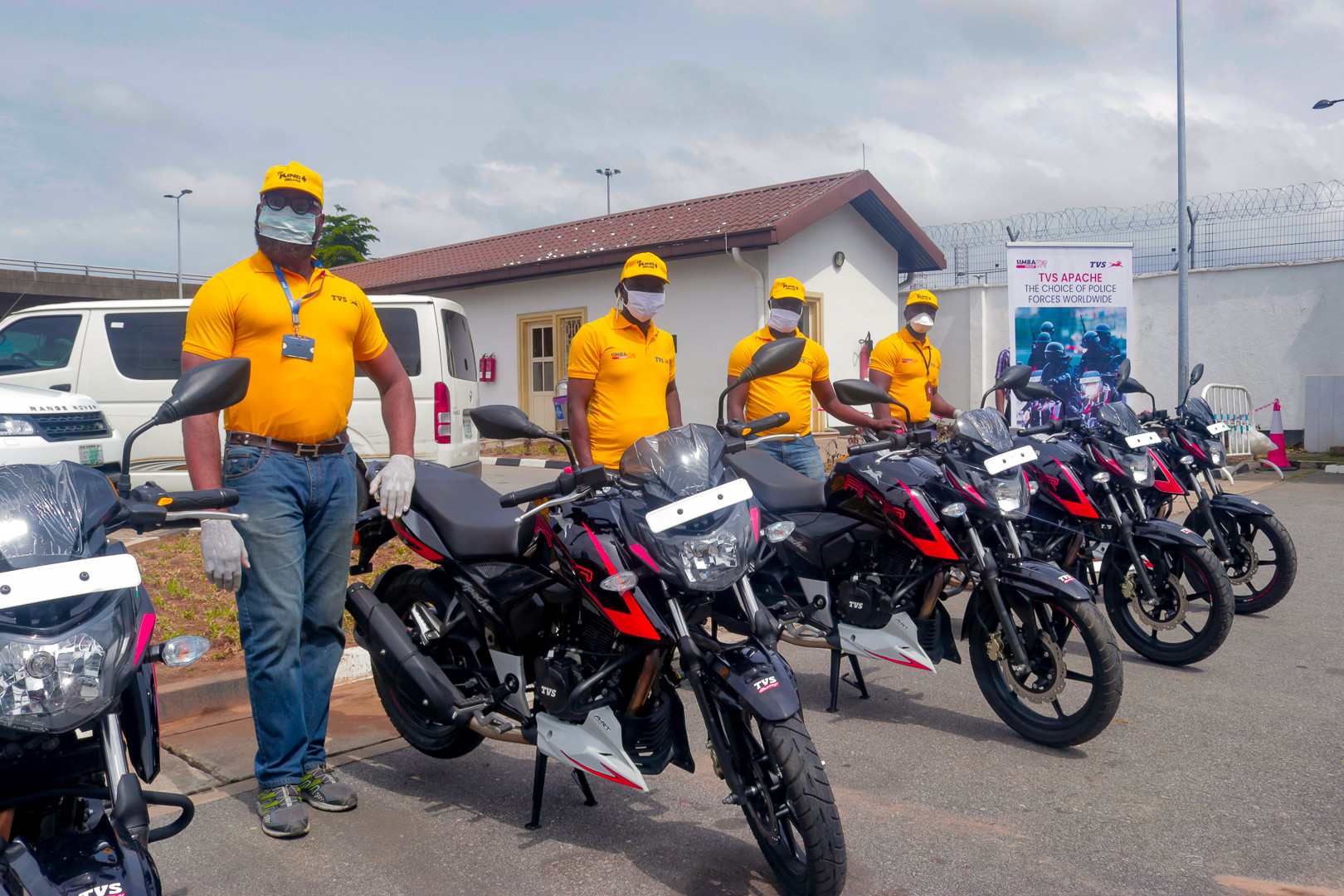 The Simba Group, founded in Nigeria in 1988, is a conglomerate with operations across Nigeria’s most dynamic economic sectors – automotive, agriculture, alternative energy, backup power and ICT. Their TVS business has contributed extensively to the mobility and livelihoods of Lagosians. This donation signals their support to the Lagos State Government’s intensive crime-fighting efforts . 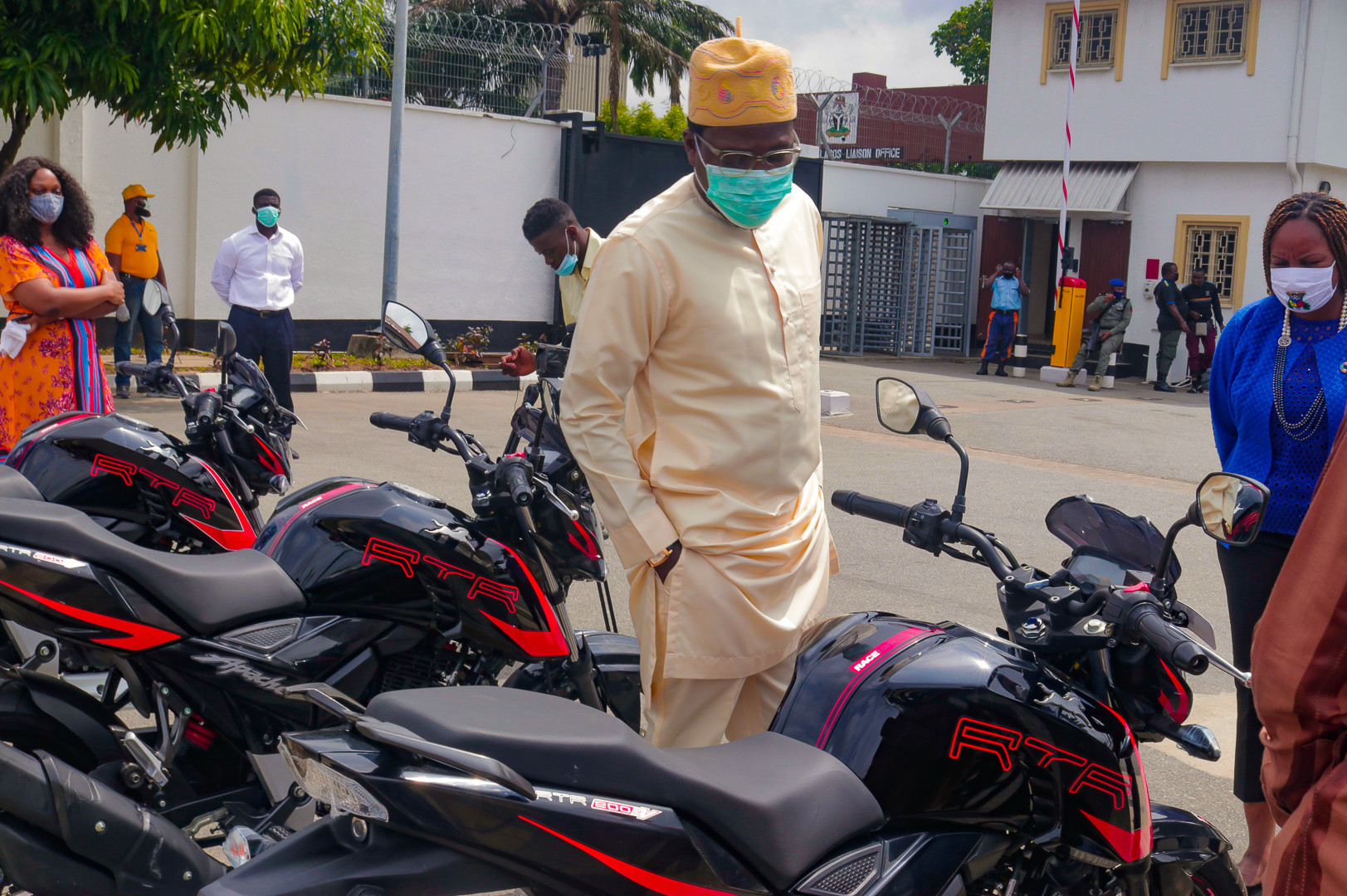 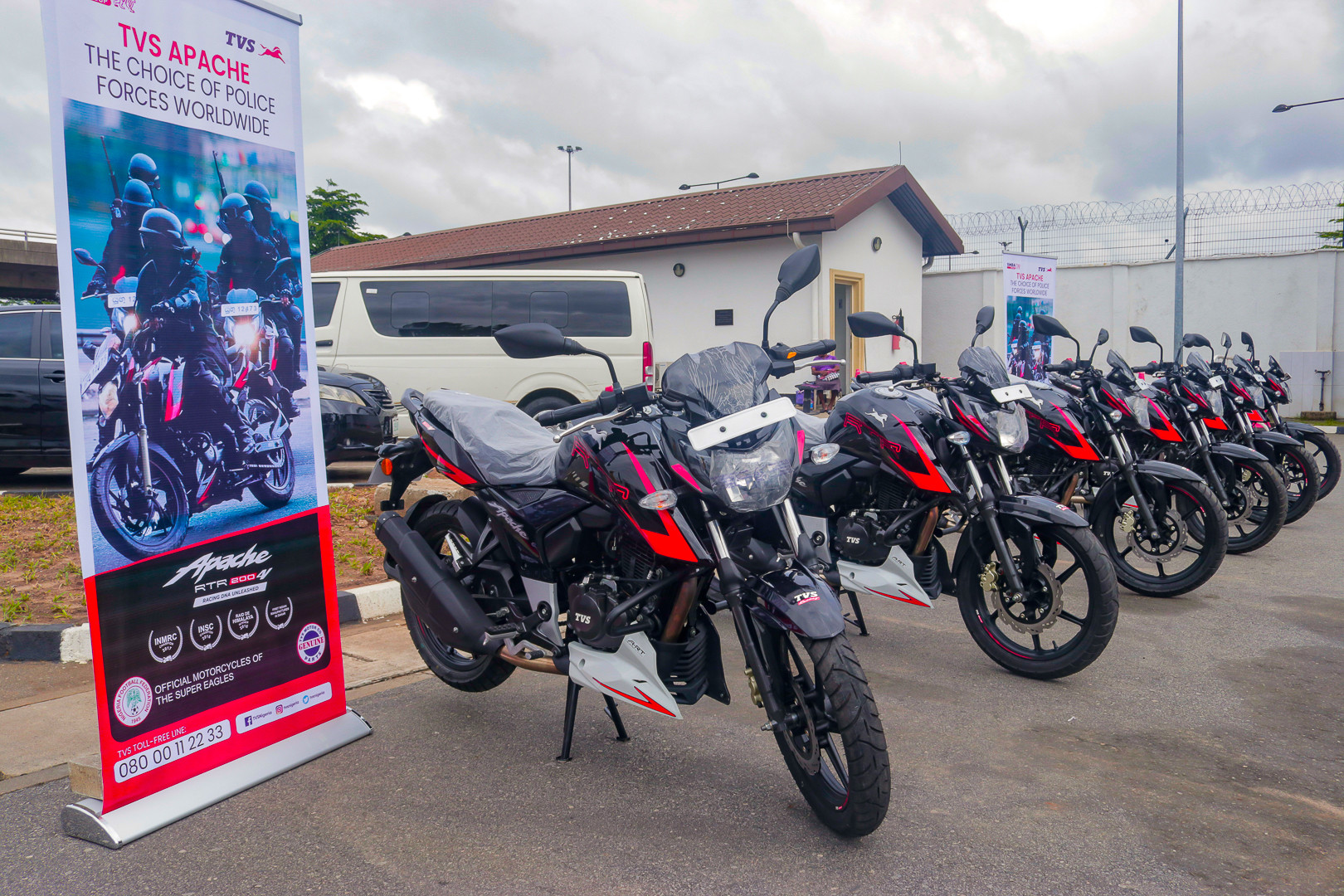