Simon Guobadia, 56, has accused his estranged wife, Falynn Guobadia, 31, of cheating during their marriage.

This accusation comes after she granted an interview where she denied allegations of cheating and said she loves hard.

She was then asked during the interview about Simon’s claims that he never cheated on her, to the point that he offered $50,000 to anyone who can prove that he cheated on her.

Falynn responded: “Simon doesn’t get caught unless Simon wants to be caught.”

Simon shared a snippet from Falynn’s tell-all interview and said she’s the “face of a cheating wife” and that is why he filed for divorce. He added that she’s currently carrying another man’s child.

Simon and Falynn announced their separation on April 22 this year and by May 10, he announced he’s engaged to his estranged wife’s “Real Housewives of Atlanta” co-star, Porsha Williams who had been to their house several times during their marriage.

This led to speculations Simon and Porsha were already seeing each other while he was still married to Falynn.

But Simon claims now that Falynn is the one who was cheating.

He wrote in Instagram: “The Face of Cheating Wife…Let’s start with why I filed for divorce. Let’s start with who she cheated with and currently pregnant for and living in a home I paid for – post divorce. His Instgram handle is itsjaylanbanks and this is how your generosity gets twisted. Let’s get started there.” 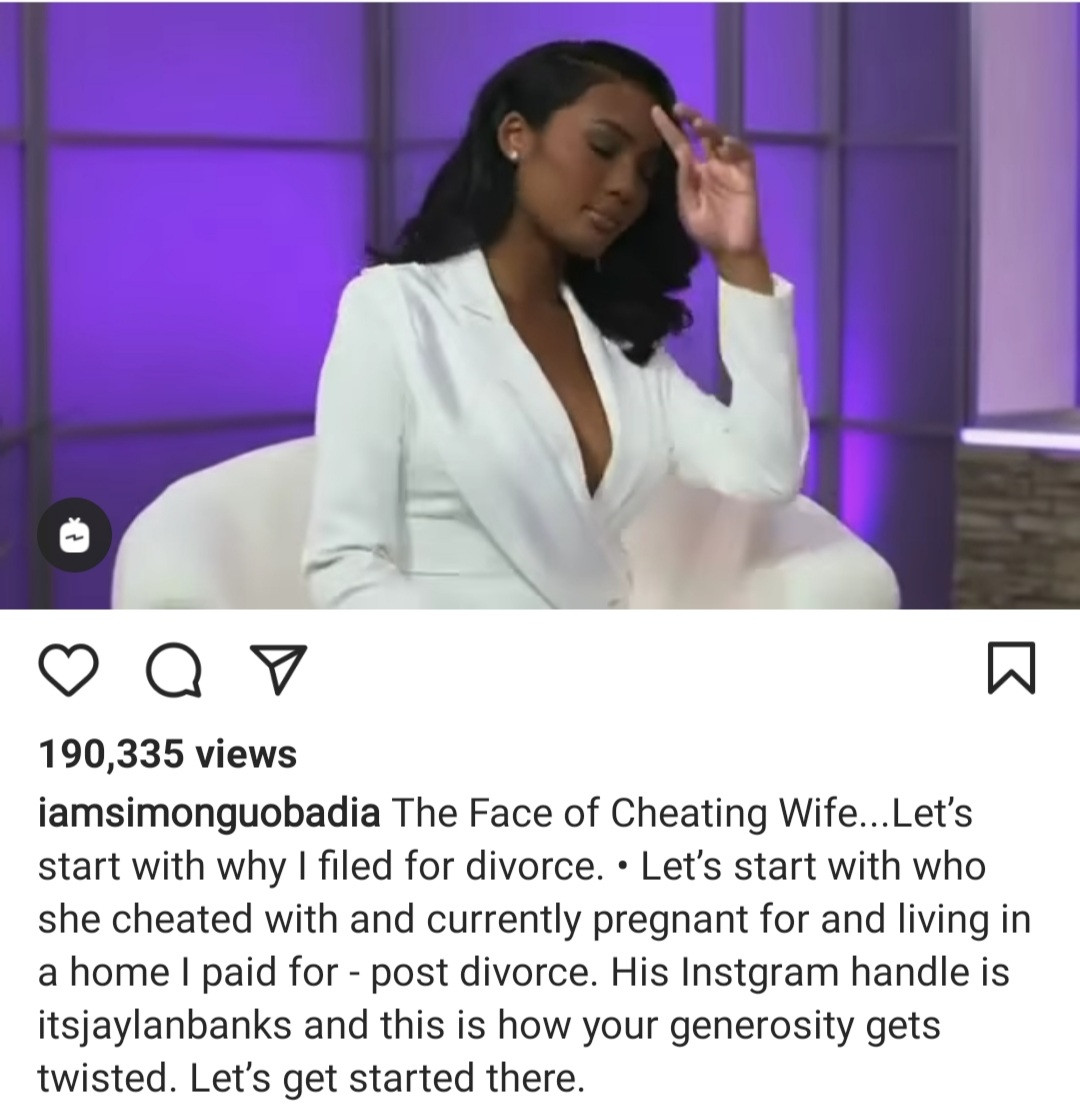 Simon and Falynn got married in June 2019 after they started dating on 2016. She has three children from a previous relationship and he has four of his own.