She claimed she went for a show in Orlando back in August and rapper Doodie Lo was at home with her son when the abuse happened.

She said she noticed months ago that her son, Wesley, started pooping in his pants and she had to start making him wear diapers.

Her son finally opened up to her, telling her that Doodie Lo allegedly penetrated him with screws.

In an audio shared by the singer, her son is heard crying as he narrated the alleged abuse to her.

He’s heard telling her that “David” put something in his “butt” and he’s been “hurting” because of it.

FTN Bae said she has reported to the police and investigation is underway but she had to release the audio to warn other women who leave their children with him. 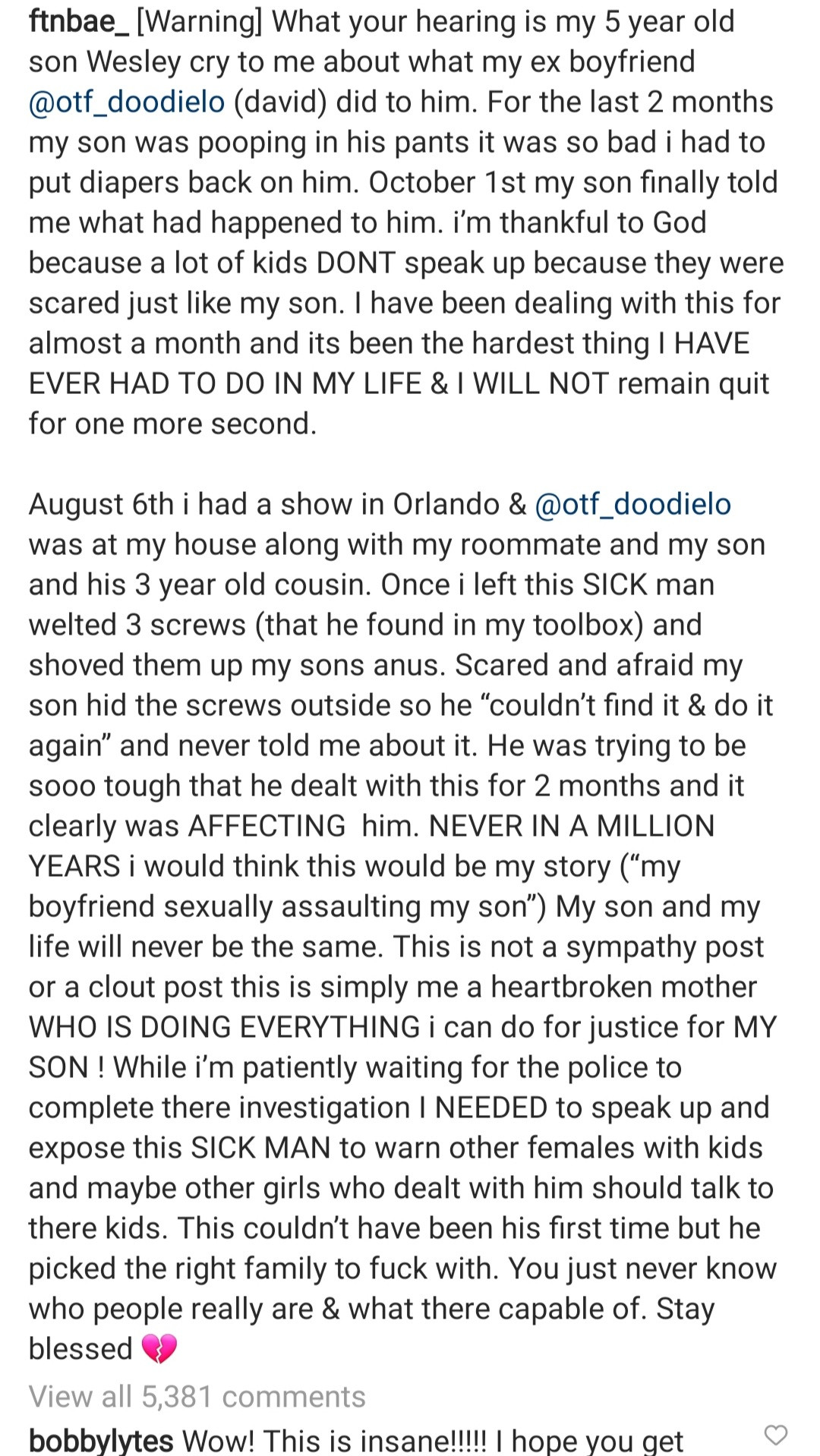 Swipe to listen to the audio of the son narrating what was done to him.