Owen Hargreaves has slammed Fred for his role in Everton’s equaliser against Manchester United, claiming Sir Alex Ferguson would have dropped him for “a month”

United missed the chance to move to the top of the Premier League table after being held to a 1-1 draw by Everton at Old Trafford on Saturday.

Anthony Martial opened the scoring for the hosts two minutes before the interval, but Andros Townsend levelled proceedings just after the hour mark as he finished off a swift counter-attack. 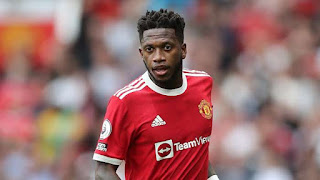