Skip to content
The midfielder has expressed his delight after inheriting a jersey previously worn by two of the most creative players in the Gunners’ history
Emile Smith Rowe has outlined his ambition to emulate Arsenal’s No. 10 legends Dennis Bergkamp and Mesut Ozil after penning a new deal at Emirates Stadium.
Smith Rowe was targeted by Aston Villa at the end of an impressive breakthrough 2020-21 campaign at Emirates Stadium, but brought an end to the speculation surrounding his future by penning fresh terms with the Gunners on Thursday.
The 20-year-old has also been handed the coveted No.10 jersey after agreeing to remain on Arsenal’s books until 2026, and he is now eager to follow in the footsteps of two of his idols. 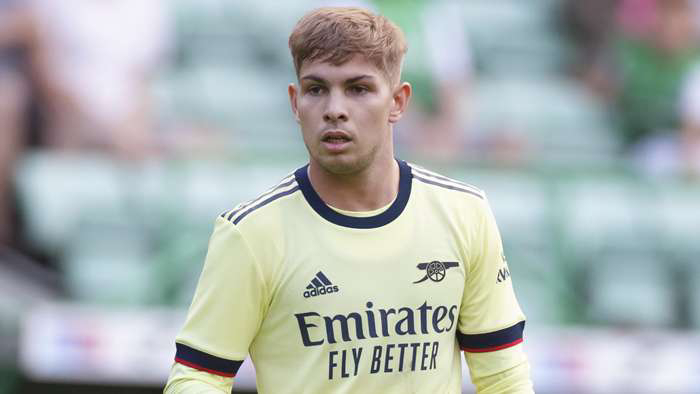