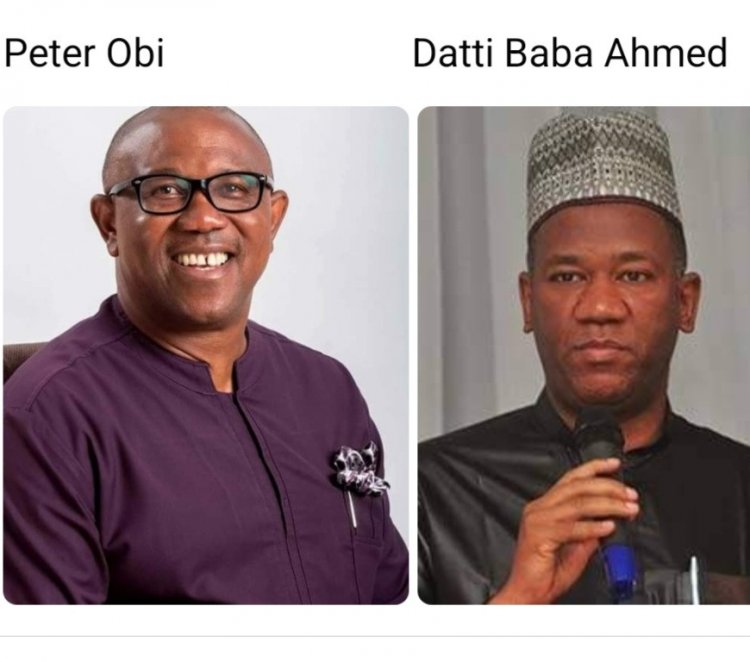 A woman who predicted a Peter Obi and Datti Baba Ahmed ticket back in 2020 has been hailed a prophetess.

Turns out that in this same month two years ago, social commentator Chidubem Onyejemuo had shared photos of Peter Obi and Datti Ahmed with the caption: "This should be our President & Vice President come 2023.... If to say we get sense... 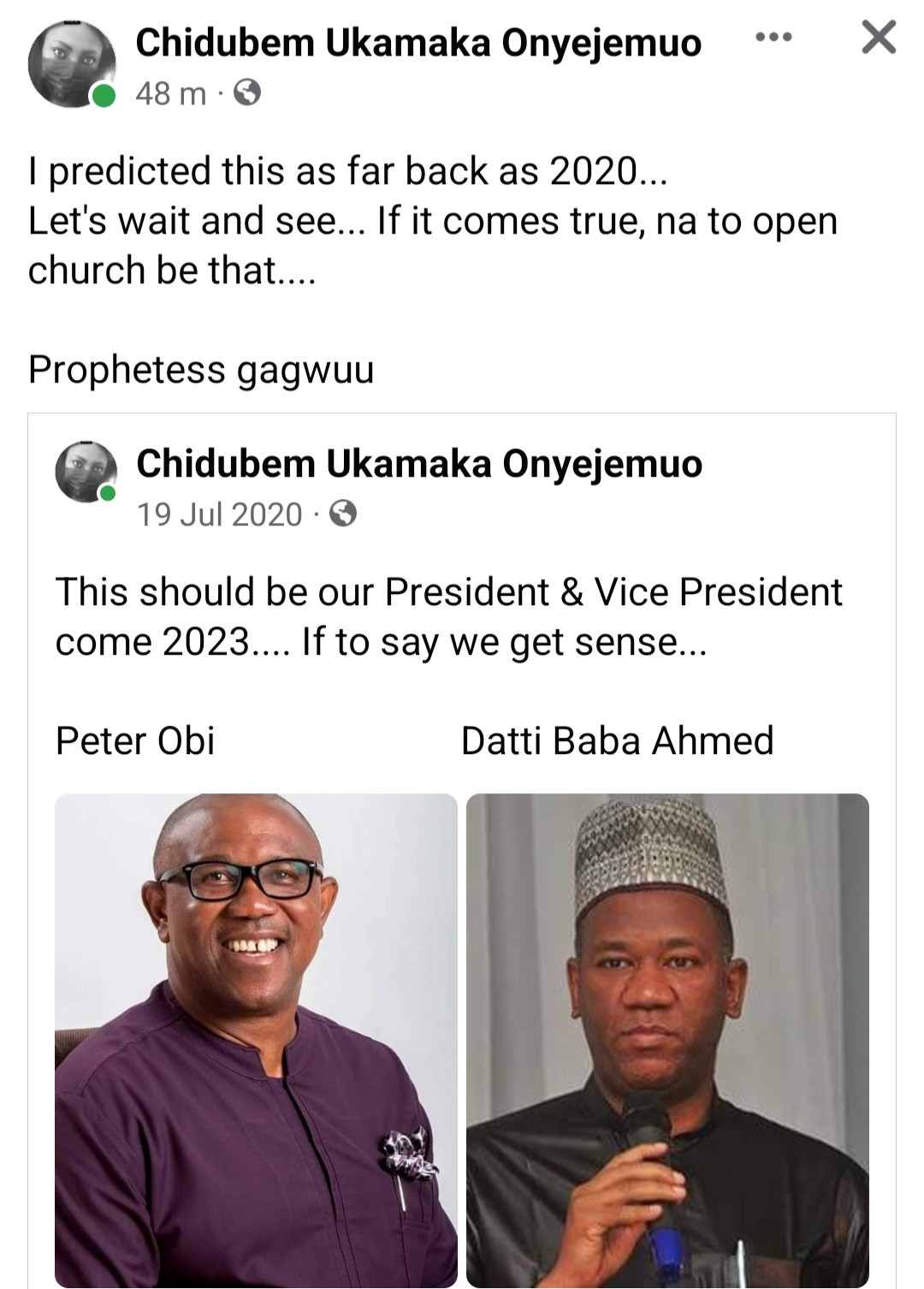 Many asked her to prophesy into their lives and some people suggested she opens a church.

Others suggested that she edited her caption recently. 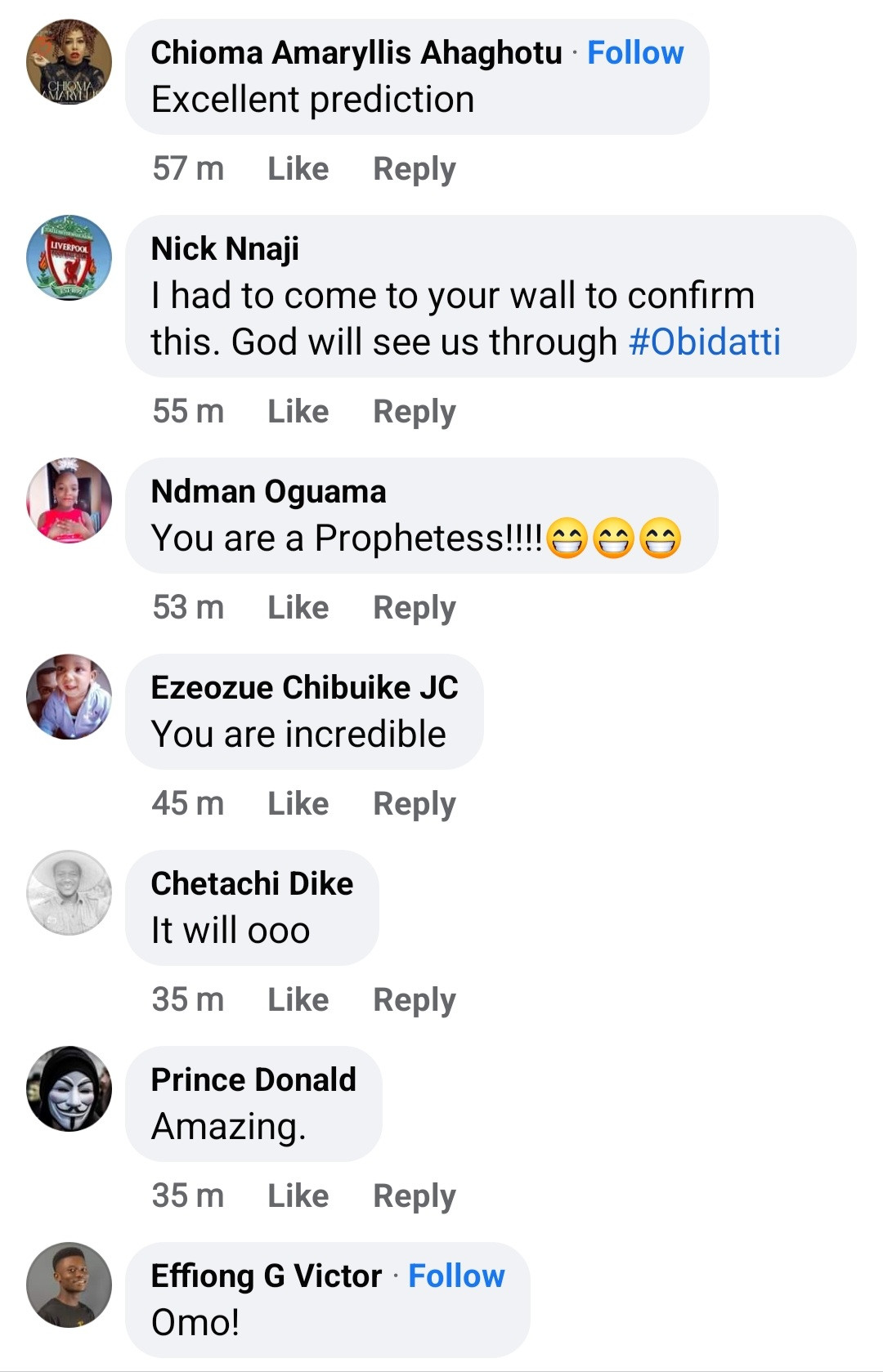