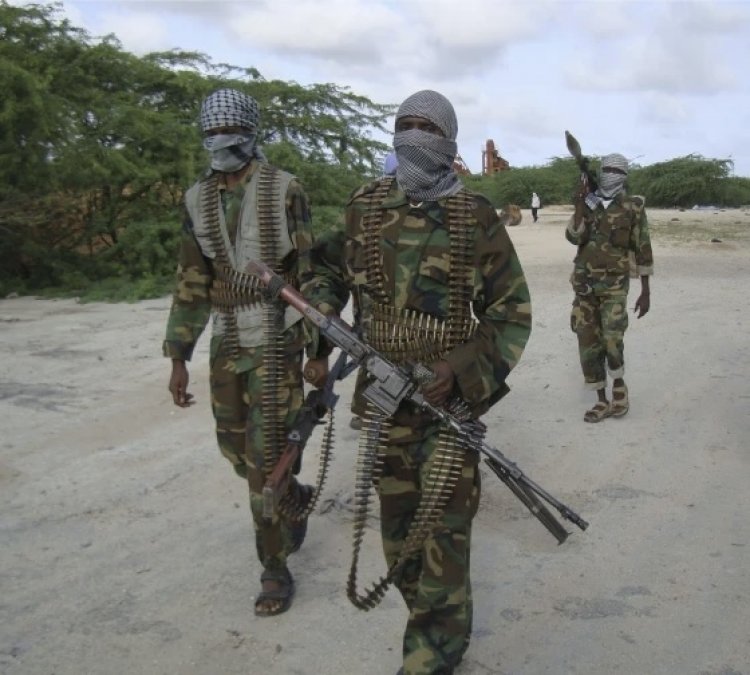 Somalia’s president has issued an urgent plea for international help for wounded victims of devastating car bombings at the weekend that killed100 people.

The attack on Saturday, October 29, wounded more than 300 people,  and was the deadliest in the fragile Horn of Africa nation in five years. The attack has been claimed by the Al-Shabaab jihadist group

During the attack, two cars packed with explosives blew up minutes apart near the city’s busy Zobe intersection, followed by gunfire.

Somalia has been mired in chaos since the fall of president Siad Barre’s military regime in 1991 and has one of the world’s weakest health systems after decades of conflict. 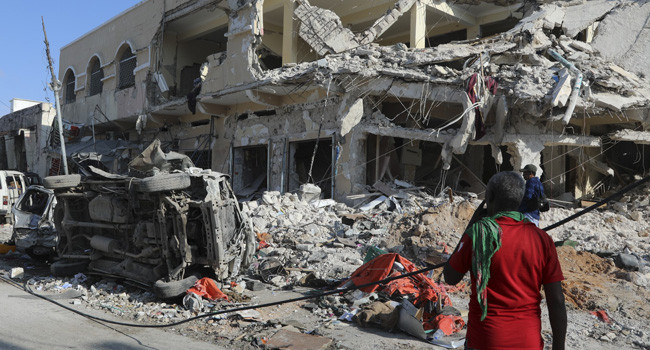 As at. Monday, October 31, Bulldozers were still clearing the blast site in the capital Mogadishu in the hunt for bodies feared trapped under the rubble. Al-Shabaab, an Islamist group linked to Al-Qaeda said it had targeted the country’s ministry of education.
The explosions tore through walls and shattered windows of nearby buildings, sending shrapnel flying and plumes of smoke and dust into the air.

The attack took place at the same junction where a truck packed with explosives blew up on October 14, 2017, killing 512 people and injuring more than 290, the deadliest attack in Somalia.

“We appeal for the international community, Somali brothers, and other Muslim brothers and or partners to send doctors to Somalia to help the hospitals treat the wounded people,” President Hassan Sheikh Mohamud said in a statement .

“We cannot airlift all these numbers of wounded people… anyone who can send us (help) we request to send us,” said Mohamud.

“The Somali nation and these terrorists are at war, as I speak now, there is fighting ongoing in many parts of the country,” Mohamud said
“We are at war with them, and we are killing each other.”

“We must get united in providing assistance to the families, children and parents of those who were martyred,” he said, lauding donations of water, food and clothes to survivors.

Somalia's Prime Minister Hamza Abdi Barre has ordered schools closed so that students can take part in national blood donation. Mohamud said he himself was among several hundred people who had donated blood to hospitals for the victims.

The World Health Organization said on Sunday it was ready to help the government treat the wounded and provide trauma care.

Al-Shabaab fighters have stepped up their attacks in Somalia since Mohamud was elected in May.  After his election, Mohamud vowed an “all-out-war” on the Islamists.

In August, the group launched a 30-hour gun and bomb attack on the popular Hayat hotel in Mogadishu, killing 21 people and wounding 117.

New owner, Elon Musk 'plans to fire 25%' of Twitter staff in the first round of...