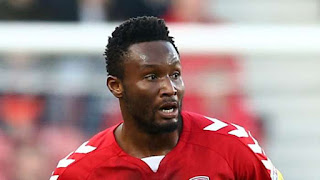 Stoke City manager Michael O’Neill is hoping John Obi Mikel will bring his experience to bear when the 2020-21 Championship campaign gets underway.

The 33-year-old teamed up with the Bet365 Stadium outfit in August as a free agent after mutually parting ways with Turkish Super Lig club Trabzonspor.

The former Nigeria captain made his name while playing for Chelsea, where he spent 11 years and won a number of accolades including the Champions League, Premier League and Europa League titles, among others.