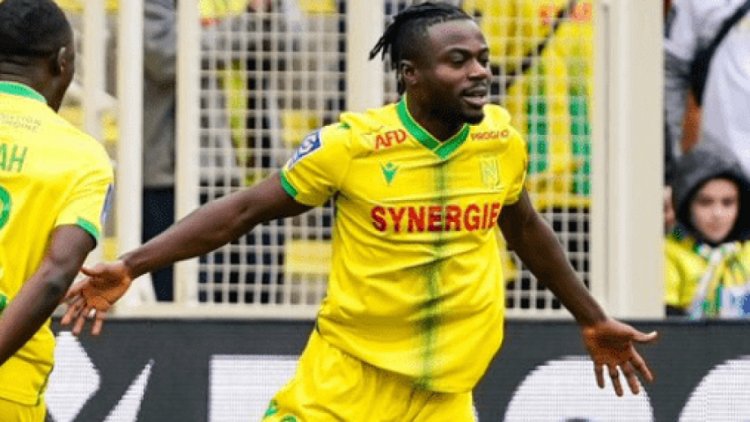 Super Eagles star, Moses Simon has been named Nantes’ Player of The Month for April after his impressive form for the French club.

The Nigeria international garnered 59.51 percent of the total votes to emerge the winner, beating teammates Quentin Merlin, Wylan Cyprien, and Kalifa Coulibaly to the award.

Simon scored three goals and provided one assist in five league games in the month of April. It is the second time he would scoop the award this season, having been voted the club’s best player in September 2021 after his impressive performance.

His impressive form also saw him named in the league’s Team of The Week for match-day 35, after scoring a brace in his side’s 2-2 draw against 10-man Lens on Sunday.

The Nigeria international has had an impressive campaign with the French club this season, scoring six league goals and providing eight assists.

Mum runs over boyfriend with car after finding him naked in bed with her daughter,...