Tamar Braxton’s ex-boyfriend David Adefeso has taken legal action against her after she accused him of cheating while they were together.

The American reality star and singer revealed the alleged infidelity on Twitter few days ago, while responding to a fan who wants them to get back together.

She claimed he was cheating with his then assistant, who is now his chief financial officer.

Tamar Braxton wrote,“He was cheating with his then assistant now cfo since 2019 Jessica… God fixed it…” 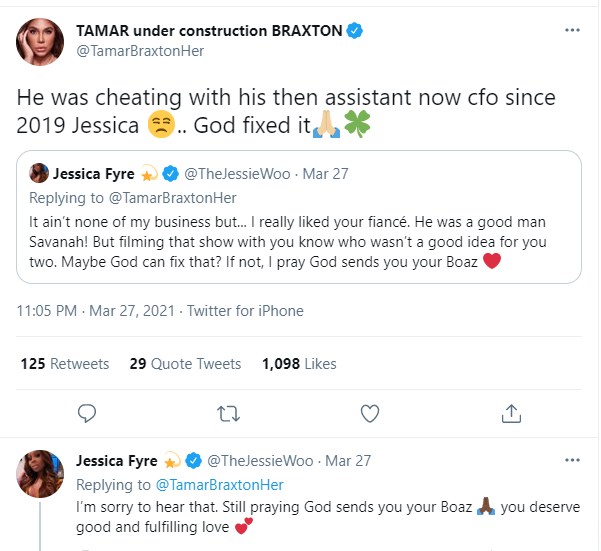 The US-based-Nigerian financial advisor has responded with a cease and desist against her, claiming she damaged his reputation by recently tweeting false statements about his cheating ways,which led to several news articles he found unflattering.

In the docs, obtained by TMZ, David says Tamar knew she was lying when she tweeted, and he wants her to delete it, issue a retraction and stop dragging his name through the mud.

David told the publication that he’s disappointed she “continues to make fabricated accusations about our relationship and has now created a false narrative of an affair that never occurred.”

He also said he never gave another woman a second look when they were dating.

Tamar Braxton and David Adefeso, who both first met in May 2018, went their separate ways in 2020 after they accused each other of domestic violence.