A loaded fuelÂ tanker has exploded around Mountain of Fire and Miracles Ministry (MFM) Prayer City onÂ the Lagos-Ibadan Expressway.
The incident also involvedÂ two other vehicles occurred on Thursday, March 10, causing panic among motorists.
Spokesperson of the Federal Road Safety Corp (FRSC), Ogun Command, Florence Okpe, confirmed the crash in aÂ statement made available to newsmen in Abeokuta
"A multiple crash involving a Tanker and two other vehicles just occurred around mountain of fire church on the outward section of the LAGOS-IBADAN Expressway," she stated.
"There is an outbreak of fire at the scene. Motorists are advised to drive cautiously and remain calm until the fire is extinguished." 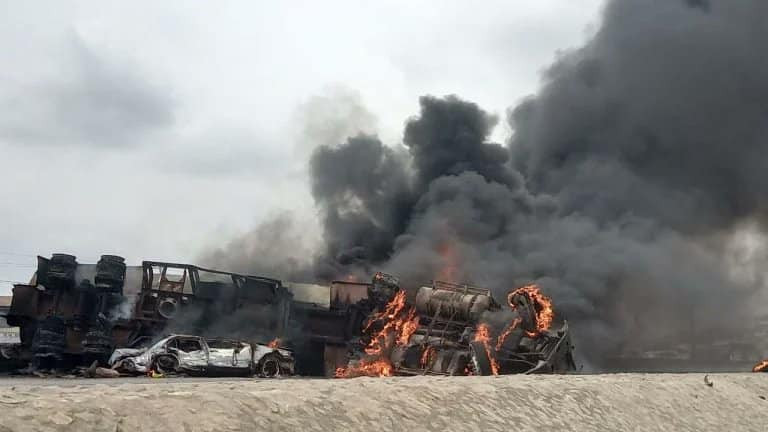 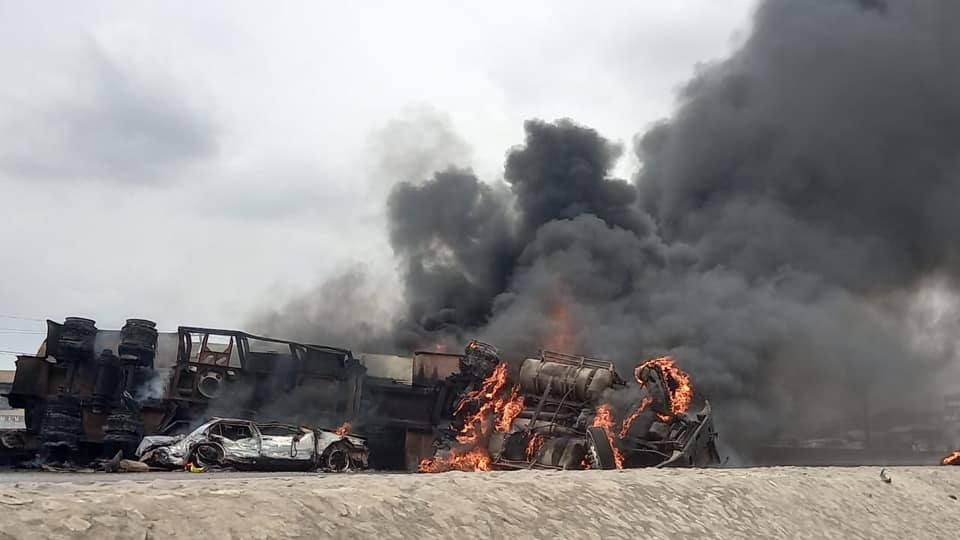 Nigeria may not unite again if it breaks up â€“ Ezeife 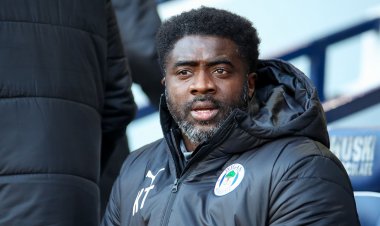 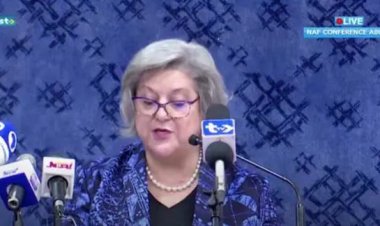