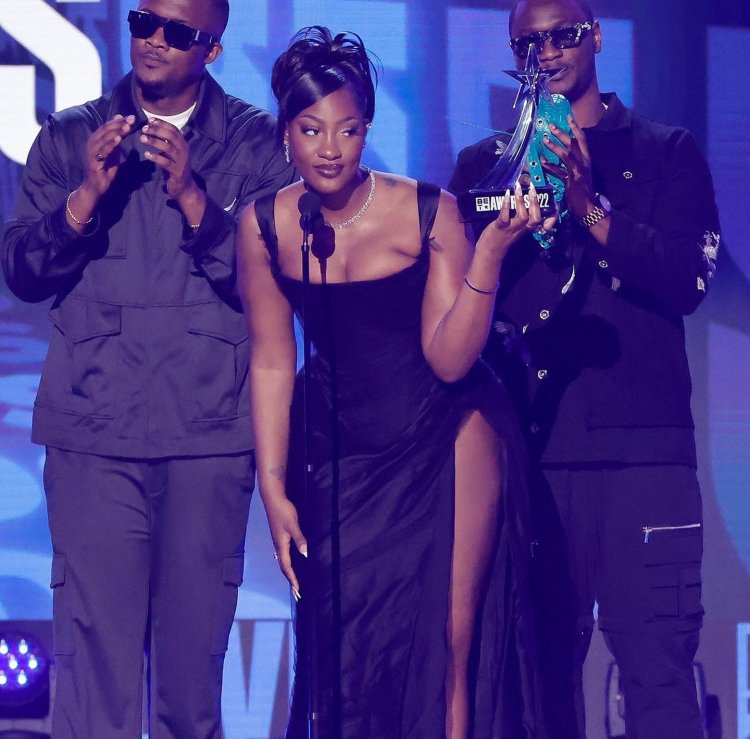 Tems has gone on Twitter to give a shout out to female Nigerian singers after her BET award win.

The singer thanked women like Asa, Omawumi and others who started before her.

She thanked them for inspiring her and other younger female singers.

She went on to thank all her well-wishers and those who sent her messages following her BET win. 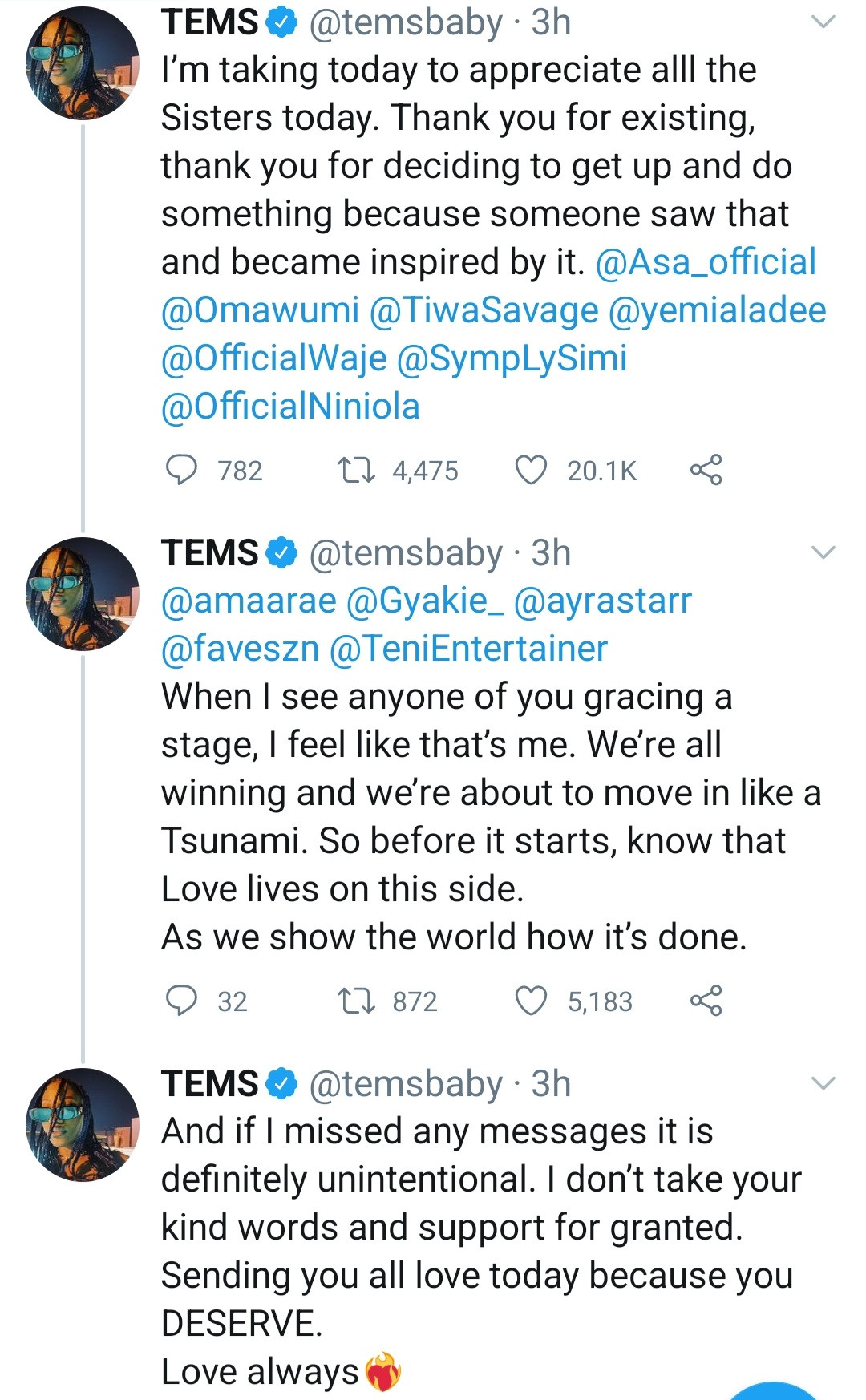 46 'migrants' found dead inside a semi-truck in US

2023: Thunder will fire any celebrity that collects money...

Fathers should stop kissing their baby girls on the lips....

Men who cheat are the ones who show their wives off on...