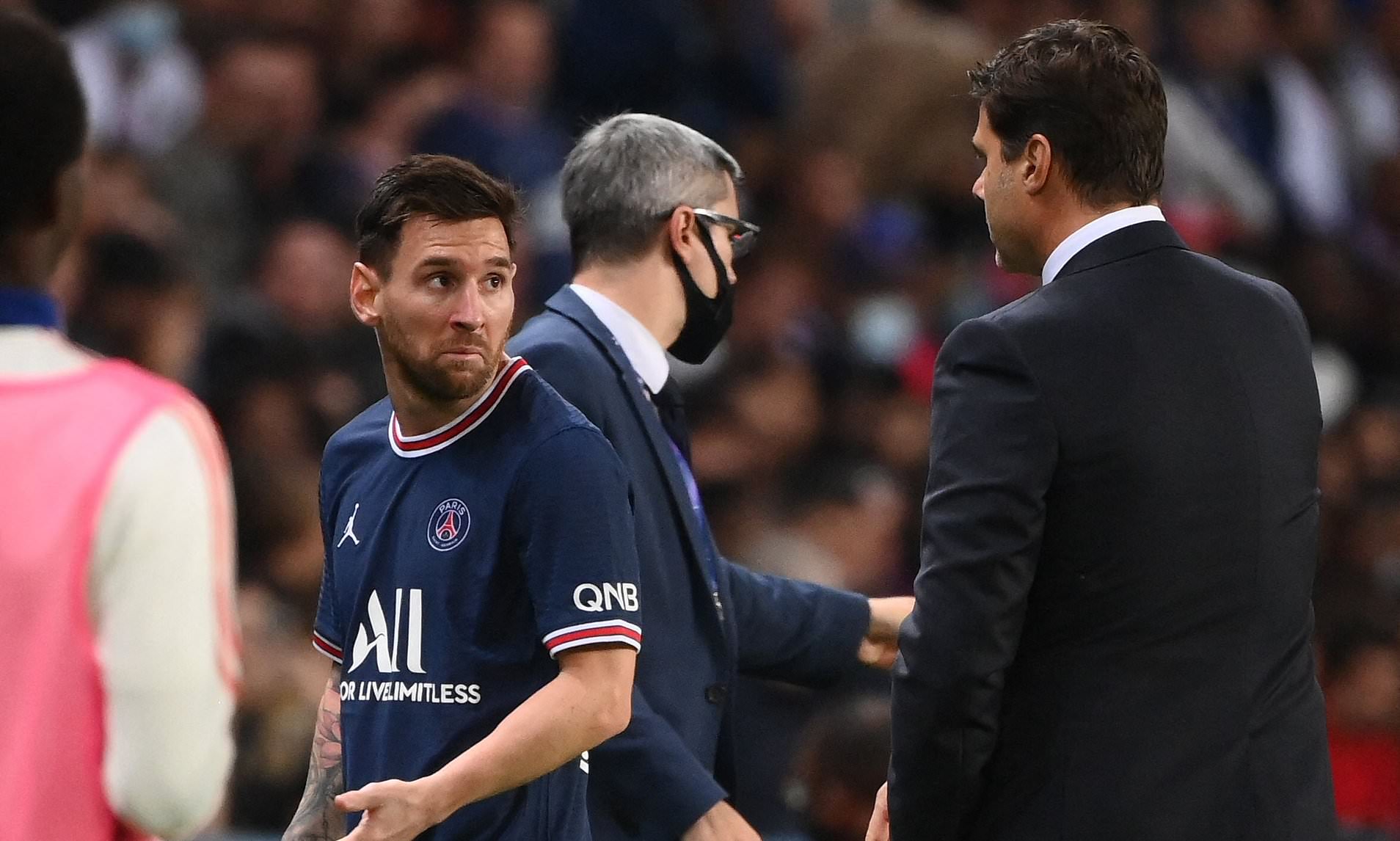 Former Arsenal captain, Thierry Henry, has said he was not surprised by Lionel Messi’s reaction, after he was subbed off during Paris Saint-Germain’s 2-1 win over Lyon.

PSG came from behind to defeat their Ligue 1 rivals on Sunday and maintain their 100% record this season.

Lucas Paqueta opened the scoring for Lyon in the second half, before Neymar levelled with a controversial penalty.

The encounter looked set to end in a draw, until Mauro Icardi headed home a 93rd minute winner for the home side.

By that point, Messi’s home debut had been brought to a premature end by Mauricio Pochettino.

And the Argentine made clear his disapproval with his 76th minute substitution, refusing to shake hands with Pochettino as he trudged to the bench.

Speaking post-game on Amazon Prime, Henry was asked if he had been surprised by Messi’s reaction, Henry responded: “No, not really. It does not surprise me.

“Maybe he didn’t want to go out. We don’t know what they’re saying to each other. Let’s not start the controversy. He surely wanted to stay on the pitch so he could score.

“But it will come, it will come quietly. It takes time to adapt even for the best player in the world.”