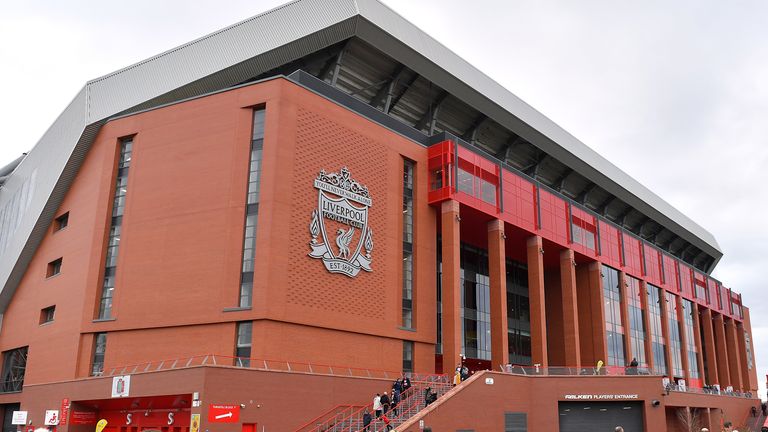 Three men have been arrested on suspicion of possessing flares in Anfield before the Premier League game between Liverpool and Manchester City on Sunday.

Mohamed Salah scored a stunning goal but Kevin De Bruyne rescued a point for Manchester City in a classic contest that ended 2-2.

In relation to incidents before the game, Merseyside Police said in a statement:

“At around 3.05pm, three men were identified by officers as having possession of flares in the Anfield Road area, one of which was thrown, causing no damage or injury.

“All were detained and have been arrested and taken into custody.”

Assistant chief constable Rob Carden said: “A swift response from our officers on the ground resulted in three arrests and the confiscation of flares which could have caused serious injuries and damage.

“We have worked closely with both clubs in an extensive policing plan for this fixture, and it’s great to see the vast majority of supporters enjoying the day.

“Those people involved in such behaviour aren’t genuine supporters, but the impact of their actions is damaging to those who attend every game to watch their team play. That they were quickly identified and detained is credit to the diligence of those officers present.”

Liverpool are also investigating after Manchester City made a complaint about a supporter allegedly spitting towards members of their backroom staff.