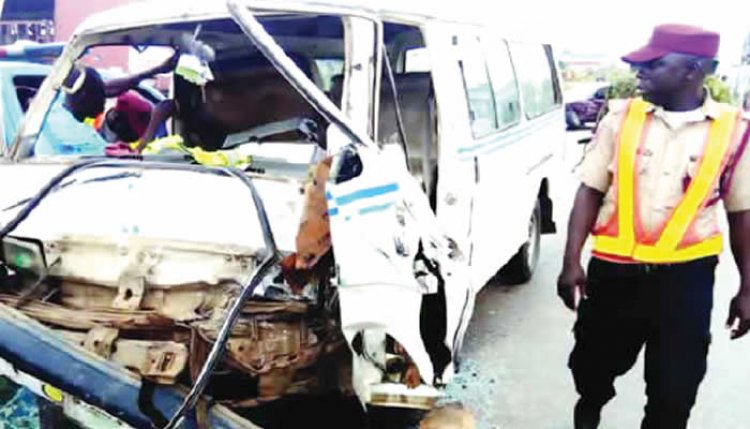 Three persons lost their lives, on Sunday, in a road crash that occurred after Fidiwo bridge, on the Lagos-Ibadan Expressway.

Okpe informed that two vehicles were involved in the crash, a Nissan car with registration number, LSR377BL, and a Toyota Sienna bus marked, ABJ24XV.

According to her, the suspected causes of the crash were speeding, tyre burst and loss of control.

Okpe said “a total of three persons were recorded dead, one male adult, one female adult and one male child.

“The Nissan car driver, while speeding, had a tyre bust. It lost control and rammed into the sienna vehicle.”

Okpe added that the injured victims were taken to Victory Hospital in Ogere, while the bodies of the deceased were deposited at the State Hospital, Isara.

The Ogun FRSC Sector Commander, Ahmed Umar, while commiserating with the family of the victims, advised motorists to always do what he called a “vehicle parade”, by checking the vehicle tyres, engines light and others before embarking on any trip.

He kicked against speed violations among motorists, urging them to obey traffic regulations.