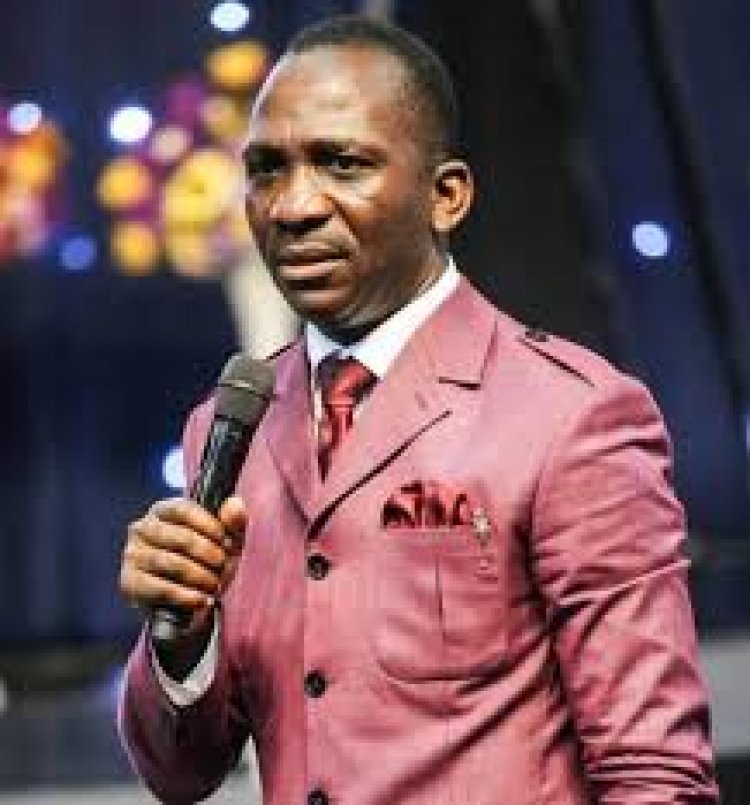 The Senior Pastor of Dunamis International Gospel Centre, Paul Enenche, on Sunday, warned the bishops present at the unveiling of Kashim Shettima as the All Progressives Congress, APC, presidential running mate.

Enenche warned that the bishops would not escape the wrath of God because they mocked Christianity.

About 30 “bishops” were present during Shettima’s unveiling as the running mate to APC presidential candidate, Bola Tinubu in Abuja.

But, the Christian Association of Nigeria, CAN, had distanced itself from the bishops, stressing that they were fake and not its members.

However, Enenche accused the bishops of impersonating Christians, hence should be punished.

Addressing his members at the church’s headquarters in Abuja, Enenche said: “Those yeye bishops, those who sent and arranged them, are more useless and worthless; they just paraded some useless vagabonds.

"Just imagine a thing like that happened with the other religion, imagine a Christian wearing the cloth of an Imam? They would call it blasphemy, and lives will be lost.

“They killed a young girl innocently in Sokoto the other time, but we are taking it no more in this country.

“Enough is enough; we are taking our country back from the hands of demons and their agents.”

Government only interested in our votes – Mr Macaroni reacts as terrorists threaten...