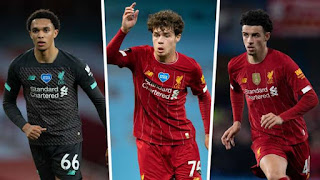 Marc Bridge-Wilkinson has waited a long time for this.

“Too long!” laughs Liverpool’s new under-18s coach, as he looks ahead to the first game of the new season.

Some game, too. To start the campaign, the Reds travel to face fierce rivals Manchester United at Carrington. A baptism of fire for Bridge-Wilkinson, who has stepped up from the U16s following Barry Lewtas’ promotion to U23s manager over the summer.