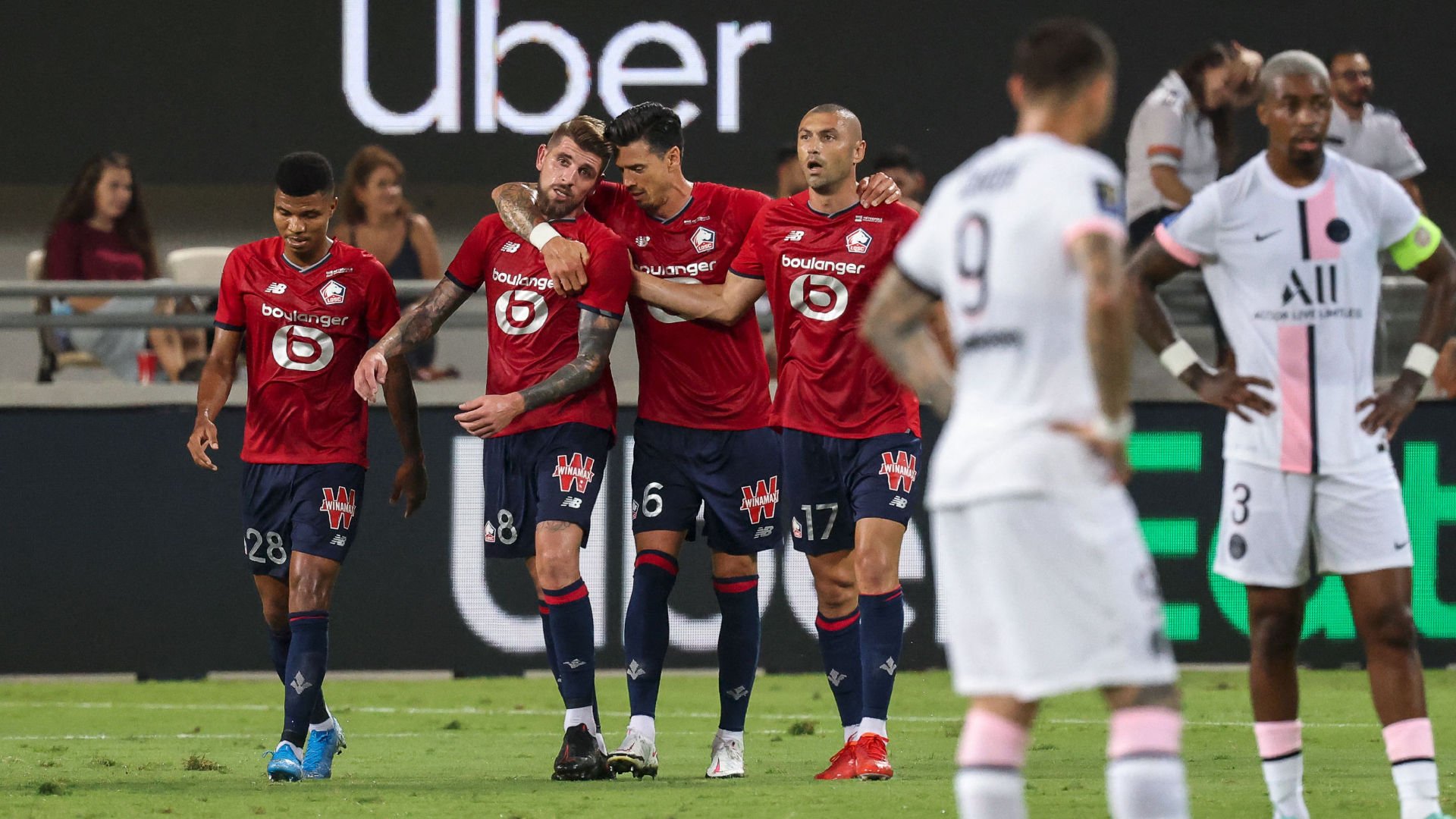 Xena’s first-half thunderbolt proved the difference as Lille secured the Trophee des Champions for the first time, in the process ending the competition’s eight-year domination by PSG.

The midfielder was teed up by Burak Yilmaz before blasting in from long range on the stroke of half-time.

PSG were unable to make their possession count from there on in.

The story of the final could have been different, however, had Abdou Diallo taken the best second-half opportunity.

He failed to convert a headed effort from inside the six-yard box with just Leo Jardim to beat.

After dethroning PSG as Ligue 1 champions in the last campaign, Jocelyn Gourvennec’s men have now collected the first piece of silverware of France’s domestic season.

The showpiece event took place in Israel this year.

Yilmaz’s drilled free-kick seemed destined to open the scoring inside 10 minutes, though Keylor Navas’ fingertip save pushed the effort wide of his left-hand post.

PSG, who were hampered by big-name absentees, including Neymar and Kylian Mbappe, dictated proceedings for the remainder of the first half.

Yet, only Julian Draxler tested Jardim as he fizzed from range to force the goalkeeper into a smart save.