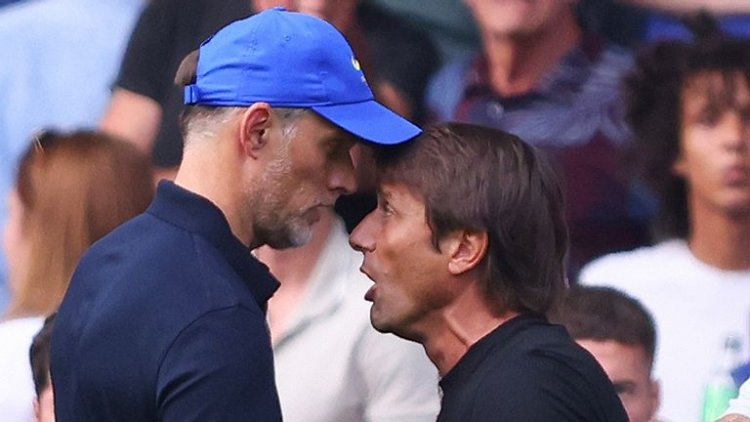 Thomas Tuchel has been handed a one-game touchline ban following his fracas with Antonio Conte in the aftermath of Chelsea's draw with Tottenham.

The German has also been fined £35,000 by the Football Association for improper conduct after breaching FA Rule E3, while Conte has been fined £15,000 after both managers admitted improper conduct in a series of touchline clashes in Sunday's 2-2 draw at Stamford Bridge.

Tuchel's touchline ban has been suspended temporarily though, pending the full written reasons for the decision - allowing the Chelsea manager to take his place in the dugout for Sunday's Premier League clash at Leeds, live on Sky Sports.

Tuchel and Conte were involved in a series of altercations throughout the fiery derby, with both managers squaring up before being booked during the game and sent off at full-time by referee Anthony Taylor.

The FA's separate investigation into Tuchel's post-match media comments in relation to this fixture remains ongoing.

an Utd agree £59.5m deal with Real for Casemiro

Anthony Joshua maintains weight advantage over Usyk ahead of rematch

Look yourselves in the mirror – McTominay slams Man Utd...