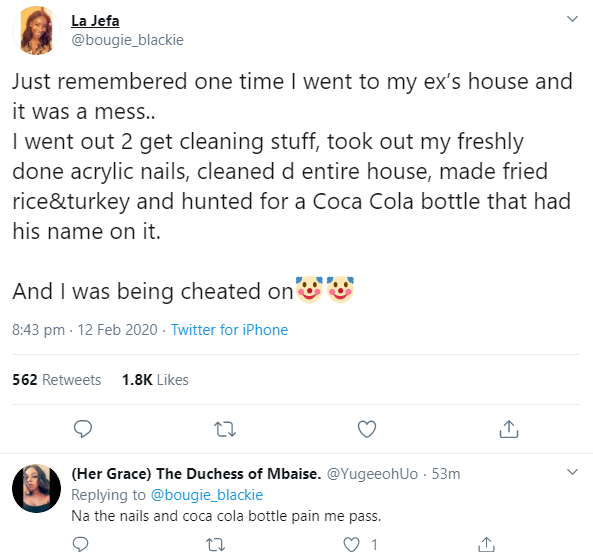 A Twitter user has narrated all she did to be the perfect girlfriend to her boyfriend, only to later discover that he was cheating on her.

@bougie_blackie claimed on Twitter: “Just remembered one time I went to my ex’s house and it was a mess.. I went out 2 get cleaning stuff, took out my freshly done acrylic nails, cleaned d entire house, made fried rice&turkey and hunted for a Coca Cola bottle that had his name on it. And I was being cheated on.”

She added: “I did more than that sef… this particular one struck me cos I was legit hunting for coke with his name from one store to another like a fool.