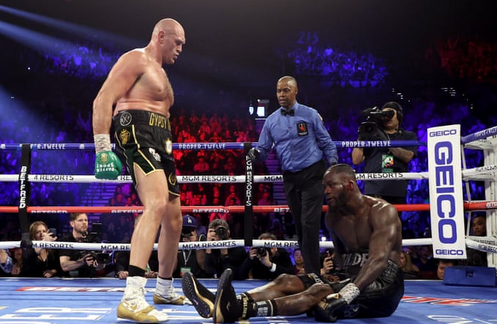 Tyson Fury has sent a strong warning to Deontay Wilder ahead of their trilogy bout.

In 2018, their first fight ended in a draw at the Staples Center in Los Angeles, despite many saying Fury should have been declared the winner. At their rematch last month, the British heavyweight champion earned a well-deserved victory as he defeated Deontay Wilder in the seventh round to become the WBC heavyweight champion of the world.

While a trilogy bout has been confirmed to take place in the summer after Deontay Wilder activated his rematch clause with hope to get his WBC belt back, Fury has warned him to expect another defeat.

“He’s a very worthy opponent. He’s a very dangerous opponent and he has the eraser knockout.

“You’re only one mistake away from disaster, you have to be switched on for all 12 rounds.”