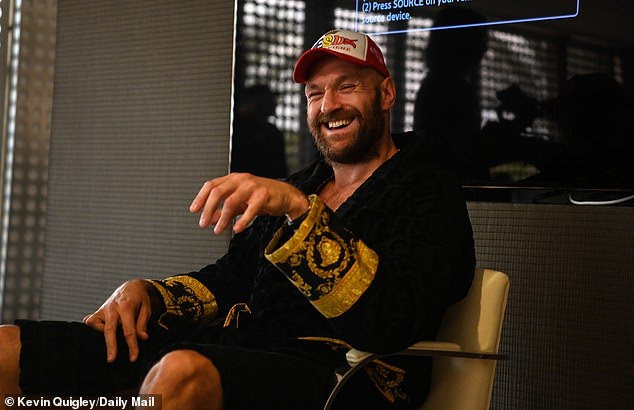 WBC and Lineal heavyweight champion, Tyson Fury has revealed he has deprived himself of sex ahead of his fight this weekend, October 9 with Deontay Wilder.

Fury, 33, takes on arch rival Deontay Wilder, 35, in Las Vegas for a third time on Saturday and the boxer who once controversially stated that he masturbated ‘seven times a day’ says Wilder will fall victim to his ‘pent up aggression’ as he has deprived himself of many of his basic delights prior to Saturday fight.

He says he has not just cut out the beers, the junk food and the nights out but also the primal instinct for sex.

Fury’s wife Paris is back home in the UK recovering from the delivery of their sixth child and Fury says he can’t remember when last he had sex. 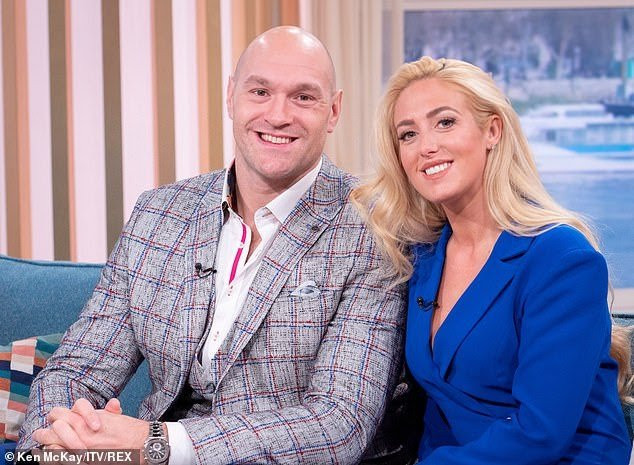 ‘Of course,’ Tyson Fury said to Sky Sports when asked if he’s stopped having sex.

‘That means no sex during training camp.’

But he has now stated he’s no longer indulging himself.

‘Can’t even remember the last time I did that,’  Fury said.

‘My trousers are staying zipped up here. The idea that no fighters have sex before a fight is a myth. But I don’t believe in it. I’m an old school fighter. I like to keep nice and strong. Keep all that pent up energy in the tank and then let all the aggression burst out on my opponent on fight night.

‘I’ve left nothing to chance against Wilder. Trained my guts out. People have been calling him a bum since I beat him but he is still my most dangerous fight with that punching power. And of all the fights I’ve ever had – even Wladimir Klitschko to win my world titles – this one is the one I want to win the most. This one.’

The 33-year-old undefeated champion then hit out at the lack of promotional work undertaken by his American rival.

‘I’m out here this week doing my job advertising the fight, unlike my counterpart at the top of the bill. If Deontay is not going to do his media work then he should lose money. If Bob (promoter Bob Arum) won’t cut his wages then I’m going to cut him down by taking it out on his face.’

Talking about Anthony Joshua’s loss to Usyk, he said;

‘I have to say if it was me who had lost to a cruiserweight I would have been getting kicked in the b******* left right and centre.

‘I’d have been written off. I don’t stick knives in to make someone feel worse. I kick the high flyers. Joshua’s business is his business and he couldn’t take care of that piece of business. Then again in this game the landscape changes suddenly all the time.

‘The landscape has changed again with Joshua. Can our fight still be a huge fight? Well, the problem is that this is not just one loss but two out of four fights.. Now he’s been knocked out (by Andy Ruiz Jr) and he’s been beat on points by a cruiserweight.

‘On the other hand, people will still want to see what the Gypsy King is going to do next in these big fights. It’s the Tyson Fury Roadshow now. So I’ve no interest in Anthony Joshua or any other heavyweight. Because I’ve got Wilder to care about.

‘I never underestimate anyone and especially him. He knocked me down in our first fight so I know all about his power. He’s knocked out all his other opponents but with me the difference is that he’s not been able to handle is that I’m the one who got up.

‘We’ll see Saturday night whether he can deal with losing for the first time. There’s all this talk of this being a trilogy fight but for me this is the ongoing fight with a man I’ve already done 19 rounds with. So this is round 20. Of the 19 rounds so far he’s only won two of them in my book.

‘But he’s still the most dangerous opponent out there for any heavyweight. The man who can knock out anyone with one punch. In a split second.’