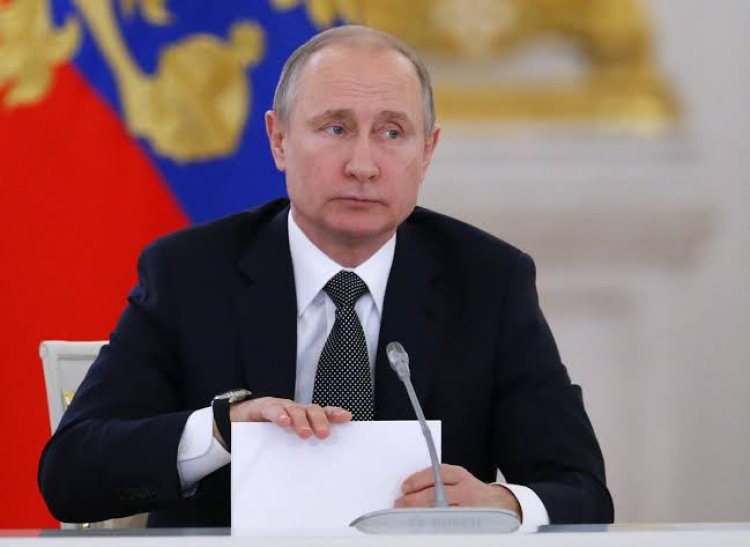 Russian leader, Vladimir Putin has stated that peace talks with Ukraine is 'dead'

According to Putin, without a deal acceptable to Russia, his forces would continue their offensive against Ukraine .

In his first comments on the war in almost a month, Putin said that peace talks had stalled after what he called a “fake” situation in Bucha, a town outside of Kyiv where Ukrainian officials reported the discovery of several hundred dead civilians this month after Russian troops retreated.

Ukrainian and Western officials are pursuing investigations into potential war crimes committed in Bucha and in other formerly Russian-held towns in northern Ukraine before Moscow’s withdrawal at the end of March.

Ukrainian authorities are also investigating allegations by Ukrainian forces that they came under a Russian chemical attack in Mariupol, where Russia is still fighting to consolidate gains.

Ukraine last month presented its proposal for a neutral status and international security guarantees, but the two sides involved in the conflict - Ukraine and Russia, haven't moved closer toward a potential cease-fire.

“We have again returned to a dead-end situation,” Putin said.

“Inconsistency about essential matters has been creating well-known difficulties in achieving final agreements on the negotiating track which would be acceptable to us. Unless that happens, the military operation will continue until it concludes and the objectives set at the beginning of this operation are achieved.”

Putin said the main goal of the offensive was “to help people in Donbas,” in another sign that his forces would launch an assault on the eastern region. He added that “there is no doubt” the goal will be achieved, speaking during a visit to the Vostochny Cosmodrome, a Russian spaceport in the country’s Far East, along with his Belarusian counterpart, Alexander Lukashenko.

Russian Defense Ministry spokesman Maj. Gen. Igor Konashenkov said Tuesday that high-precision air- and sea-based missiles launched overnight destroyed an ammunition depot and a hangar with Ukrainian aircraft at the Starokostiantyniv military airfield in the western Khmelnytskyi region, as well as an ammunition depot near Havrylivka in the Kyiv region.

While the Ukrainian Air Force said it had downed a Russian plane, two helicopters and four drones.

"The pain is too much for me and my heart cannot carry it anymore" Emmanuel Emenike...