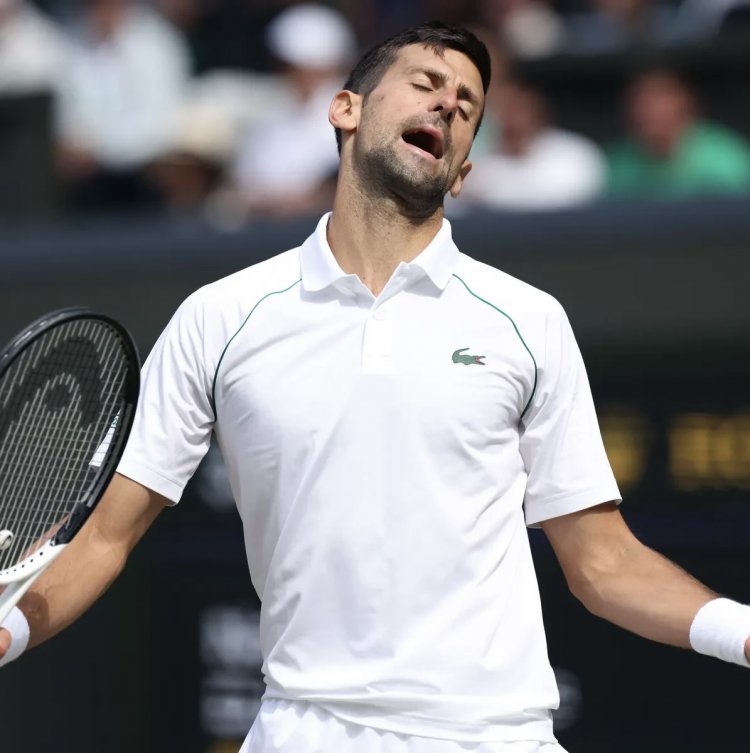 Tennis superstar, Novak Djokovic will not be allowed to play in the US Open due to his refusal to receive the Covid-19 vaccine.

The US Open organizers have said they would respect the government's rules on non-citizens being fully vaccinated in order to enter the country, ruling out Djokovic.

In January 2022, he was deported from Australia prior to the Open in Melbourne over his refusal to get vaccinated.

Following the drama, Djokovic, 35, said that he would not get the jab just to compete in tournaments.

The former world number one told the BBC in February that he had vaccines as a child and that he was not 'against vaccinations.'

He added: 'I've always supported the freedom to choose what you put in your body.'

Djokovic was hopeful of competing in Flushing Meadows next month but won't risk a repeat of the deportation furor he went through in Australia.

The Serbian superstar has won the US Open on three occasions. He was named on the entry list for the final grand slam of the year on Wednesday, but that is routine, rather than an indication that he will be allowed to play.

The list is made up of the highest ranking players in the world. Djokovic is currently ranked seventh. He is only one major win away from tying with fellow legend Rafa Nadal for 22 major titles.

Djokovic said when asked about playing at the US Open: 'I'm not going to go to America if I don't have permission, the Australian saga for me was not pleasant at all.

'People still think I forced my way to Australia and tried to come in with no papers, permission or exemption - it is not true.

'That was proven in the court cases, so I would never go into a country where I didn't have permission to travel.

'I would love to come back to Australia. I love Australia, I had my best Grand Slam results in that country.

'Hopefully I can be there in January because I want to be there, and I also want to be in New York.

'I want to be in America and everywhere I can possibly play.'

After his Wimbledon victory, Djokovic said that he was on 'vacation.'

He added: 'Whether or not I'm playing any tournament soon, I'll definitely be resting for the next couple weeks because it has been quite an exhausting and demanding period for me the last few months.'

Over 17,000 signed a Change.org petition calling for the USTA and leaders in Washington to allow Novak Djokovic to compete, CNN reported.

'There is absolutely no reason at this stage of the pandemic to not allow Djokovic to play at the US Open 2022. US Government and USTA must work together to allow him to play. If unvaccinated American players can play, Djokovic as one of the legends of the game must be allowed to play. MAKE IT HAPPEN, USTA!' the petition states.

A statement from the US Open, which does not have its own vaccination rules, read: 'Per the Grand Slam Rule Book, all eligible players are automatically entered into the men's and women's singles main draw fields based on ranking 42 days prior to the first Monday of the event.

'The US Open does not have a vaccination mandate in place for players, but it will respect the US government's position regarding travel into the country for unvaccinated non-US citizens.'