The Zamfara State Police Command has confirmed the brutal murder of a father and his two sons in Tsafe Local Government Area of the state.

LIB reported that Zaharadeen Sani Tsafe (Sani Na Indo) and his two sons were slaughtered by gunmen suspected to be bandits after a raid on the family’s residence near Agama Lafiya community. 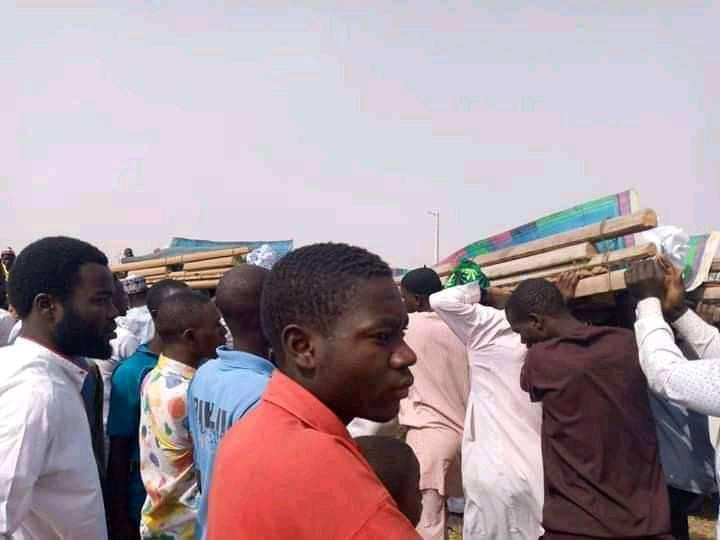 Spokesman of the command, SP Muhammad Shehu, said they had received the report of the incident and five prime suspects had been arrested in connection with the case.

“They are currently undergoing a discreet investigation at the state CID and will be charged to court as soon as the investigation is concluded,” he stated.

The victims’ neighbours to Daily Trust that the gunmen slit the throats of Zaharadeen Sani Tsafe and a father and his two sons and left without taking a dime.

According to them, the armed men invaded the house of the victims in the early hours of Sunday and asked Sani Na’indo to bring out his male children.

“When the sons heard the altercation between the armed criminals and their father, they came out of their room and were slaughtered immediately. One of them was in SSS 2. The only one that escaped the attack is a student in the state College of Education and he wasn’t at home at the time they invaded their residence,” the neighbours narrated.

“After they had slit the throat of their father, they asked the mother of the slain sons to show where the rest of the male children were in the house. But she told them that there was no more male child in the house and she too was ready to be killed,”

“The late Sani Na’indo was a cattle dealer. However, he quit the business in recent years owing to what he attributed to lack of funds to finance his business and how cattle business is fraught with frauds in the state in recent time,” a neighbour revealed.

“He was not all that rich; he was just a peasant farmer. The assailants did not take a dime from the family. The residents of the community are still battling to come to terms to what might have led to their slaughter. They have been buried,” he added.