A third man is now facing charges in connection with the shocking murder ofÂ rapperÂ Young Dolph eight weeks ago, officials revealed on Wednesday January 12. Shundale Barnett, 27, has been charged with being an after-the-fact accessory to the deadly daylight ambush that ended the revered rapperâ€™s life on Nov. A third man is now facing charges in connection with the shocking murder ofÂ rapperÂ Young Dolph eight weeks ago, officials revealed on Wednesday January 12. Shundale Barnett, 27, has been charged with being an after-the-fact accessory to the deadly daylight ambush that ended the revered rapperâ€™s life on Nov. 17, U.S. Marshal Tyreece Miller said at a press conference. According to Miller, Barnett was a passenger in a vehicleÂ pulled over at a truck stop just outside Terre Haute, Indiana, Tuesday afternoonÂ amid a national manhunt for Justin Johnson, 23, the Memphis man identified last week as theÂ subject of a first-degree murder warrant in the Young Dolph case. Johnson was behind the wheel and taken into custody without a fight, Miller said. â€œShundale Barnett is a person who, we believe, was providing assistance to Justin since weâ€™ve been looking for him,â€ Miller said, adding that Barnett was being held on a state warrant in Indiana pending extradition to Shelby County, Tennessee. Young Dolph, 36, was gunned down at the bakery near Memphis International Airport after doing charity work in his hometown that included giving away Thanksgiving turkeys. Johnson was pursuing his own rap career under the name Straight Drop, prosecutors confirmed on Tuesday. Asked Wednesday if police had a theory about the motive behind Young Dolphâ€™s murder, Memphis Police Chief Cerelyn â€œC.J.â€ Davis said investigators were still sorting through â€œa wealth of tipsâ€ as well as â€œlots of rumors and innuendo.â€ â€œWeâ€™re really trying to sift through to the truth of what the real motives are. Weâ€™re just not ready to put that out there right now,â€ she said. According to Miller, more than 500 tips started flooding in after authorities offered aÂ $15,000 rewardÂ for Johnsonâ€™s capture last week. It was one such tip Tuesday that led U.S. Marshals to his location on Highway 42 in Indiana, Miller said. News of Johnsonâ€™s arrest surfaced just as prosecutors in Shelby County publicly identified Cornelius Smith, 32, as the second alleged gunman sought in the murder case. 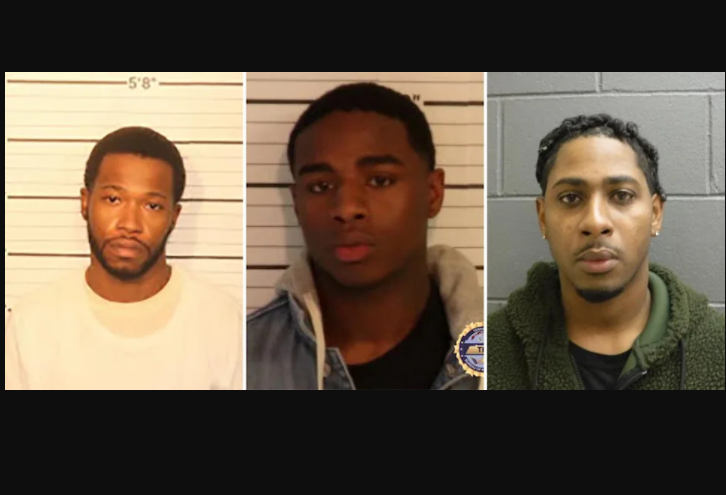 From Left: Cornelius Smith, Justin Johnson and Shundale Barnett Johnson and Smith were indicted Tuesday on charges they murdered Young Dolph with premeditation and also attempted to kill the rapperâ€™s brother, Marcus Thornton, during the bakery attack, according to a copy of the indictment obtained byÂ Fox13 Memphis. The grand jury further indicted Johnson and Smith on counts of being convicted felons in possession of firearms, use of firearms in a dangerous felony, and theft of the 2014 white Mercedes-Benz used as the getaway car.

FG lifts suspension on Twitter; says the microblogging site will start working from...

Beyonce shows off her cleavage and thighs as she poses...

Nigerian Rapper, Chilly B Reveals What She Will Do If She...