HipTV had shared a video claiming Seun disrespected the governor at her party.

Reacting to the claim via Twitter, Yeni gave an explanation as to why Seun was angry at the party and dismissed insinuations that he was disrespectful to the governor.

”What happened was that the security detail in the course of doing their duty pushed his wife. He got upset at them understandably so, not the Governor. He even explained to the governor. I beg o! He has home training. @RealSeunKuti” 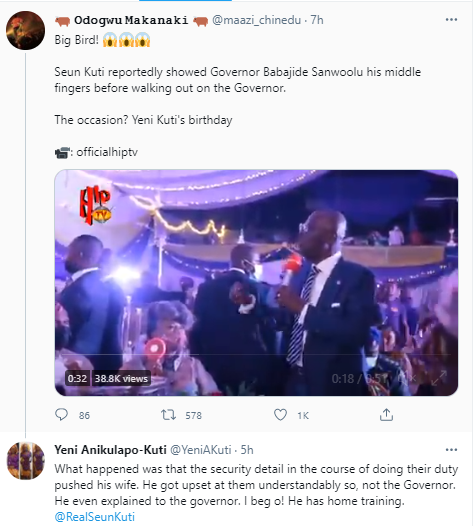