Defending champion Naomi Osaka stretched her Grand Slam win streak to 16 matches on Monday at the US Open while Greek third seed Stefanos Tsitsipas struggled past Andy Murray in five sets. Osaka, seeking her third US Open crown in four years, defeated 87th-ranked Czech Marie Bouzkova 6-4, 6-1 at a packed Arthur Ashe Stadium to book a second-round matchup with Serbian qualifier Olga Danilovic. â€œIt feels kind of crazy to play in front of everyone again,â€ Osaka said. â€œI feel really comfortable here. Iâ€™m just glad I won.â€ Osaka beat Bouzkova in their only prior meeting in the first round of this yearâ€™s Australian Open on the way to her fourth Grand Slam title. The 23-year-old Japanese star could become the first back-to-back US Open womenâ€™s champion since Serena Williams, out this year with a torn hamstring, won her third in a row in 2014. Osakaâ€™s major win streak includes her most recent US and Australian Open wins and a first-round win at this yearâ€™s French Open before withdrawing over mental health issues. Osaka, who lit the cauldron at the Tokyo Olympics, gave an Olympic pin to a young girl in the same venue where she won last yearâ€™s title when fans were banned due to Covid-19. â€œIt felt quite lonely for me,â€ she said. â€œSo Iâ€™m quite glad to see little kids in the audience and grown ups too. The energy here is unmatched.â€ Osaka saved a break point in the ninth game on a service winner and captured the first set by breaking Bouzkova in the 10th game when the Czech netted a backhand. In the second set, Osaka broke for a 2-0 lead, then saved three break points with winners and held in an eight-minute third game on the way to victory in 93 minutes. Tsitsipas outlasted Britainâ€™s Murray, a three-time Grand Slam champion, by 2-6, 7-6 (9/7), 3-6, 6-3, 6-4 after four hours and 49 minutes in surroundings more like an intense second-week showdown than a curtain-raiser for the fortnight. â€œTo have an electric atmosphere out here is something weâ€™ve been waiting for,â€ Tsitsipas said. Two-time Olympic champion Murray, ranked 112th lost for the first time in 15 first-round US Open matches. â€œIt didnâ€™t come easy,â€ Tsitsipas said. â€œLots of sacrifices I had to make on the court to get back.â€ Tsitsipas, this yearâ€™s French Open runner-up, took a long break before the final set, frustrating Murray, who surrendered a break in the opening game. Delay tactics brought a frosty reception at the net after the match. â€œI have zero time for that stuff at all and I lost respect for him,â€ Murray said. â€œItâ€™s nonsense. And he knows it, as well.â€ Tsitsipas, who plays Frenchman Adrian Mannarino next, said he followed ATP rules on breaks and medical timeouts, even as Murray questioned the length and timing. â€œIâ€™m playing by the rules and sticking to what the ATP says is fair,â€ said Tsitsipas. â€œThen the rest is fine.â€ In the second-set tie-breaker, Murray slipped at the net and fell because his sweat-soaked shoes were wet and he didnâ€™t have another pair. Murray missed out on two set points and the 23-year-old Greek star won five of the next six points to grab the set and level the match. â€œThe shoes got so wet that at the end of the set, I was slipping basically and was losing balance,â€ Murray said. â€œThat was my bad. It was an important moment in the match.â€ Murray broke in the second game of the third set and held out from there, but Tsitsipas took the last two sets to advance. â€“ Crowd energy returns -Spectators had to show proof of vaccination to attend but they brouht energy back to Ashe. â€œPlaying without fans here was brutal,â€ 2017 US Open winner Sloane Stephens said. â€œHaving these fans out and the energy, the atmosphere, it brings a lot back to tennis.â€ Two-time Grand Slam champion Simona Halep and Stephens each won to reach the second round. â€œYou feel the energy. You feel alive on court,â€ Halep said. â€œHopefully it will stay like that forever.â€ Womenâ€™s second seed Aryna Sabalenka of Belarus outlasted Serbiaâ€™s Nina Stojanovic 6-4, 6-7 (4/7), 6-0 while Russian menâ€™s fifth seed Andrey Rublev ousted 221st-ranked Ivo Karlovic 6-3, 7-6 (7/3), 6-3.

Nigeria vs Ghana: Black Stars receive big boost ahead of... 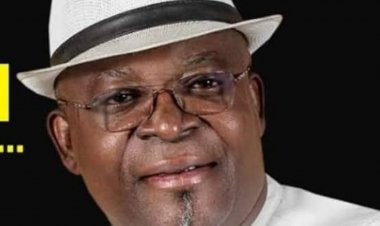 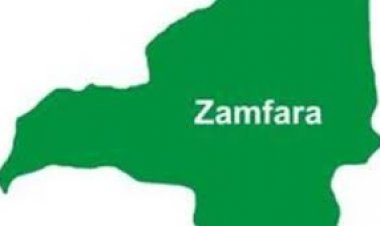