Cossy Ojiakor has slammed fellow actress and enemy, Halima Abubakar for trolling her with fake pages.

Cossy responses to a question by an unknown fan asking if the stories of her having Aids are true.

Cossy who believed Halima is the one behind the page, warned her and threatened to beat her up.

If you recall, a few weeks ago,Cossy called Halima a snake and accused her of being behind the viral rumours that she slept with dogs in exchange for money, knowing it was just acting on a film set.

Cossy said that rumour damaged her and changed her from an innocent actress to whom she is today. 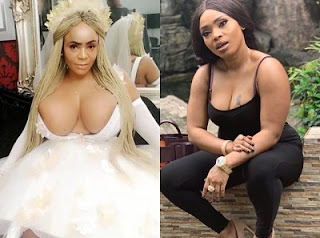 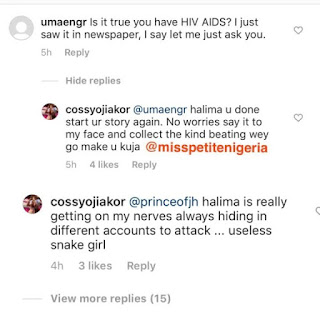