The Fast & Furious franchise which has always been about “family”, will see Actor Vin Diesel’s 10-year-old son Vincent Sinclair join him in the ninth instalment of the franchise.

Vincent Sinclair will be making his big-screen debut this summer in ‘F&F9’ as the younger version of Vin’s character, Dominic Toretto.

Documents obtained by TMZ showed that little Vincent played the role of younger Dom and actually filmed his scenes way back in late 2019 when he was a budding 9-year-old Thespian. 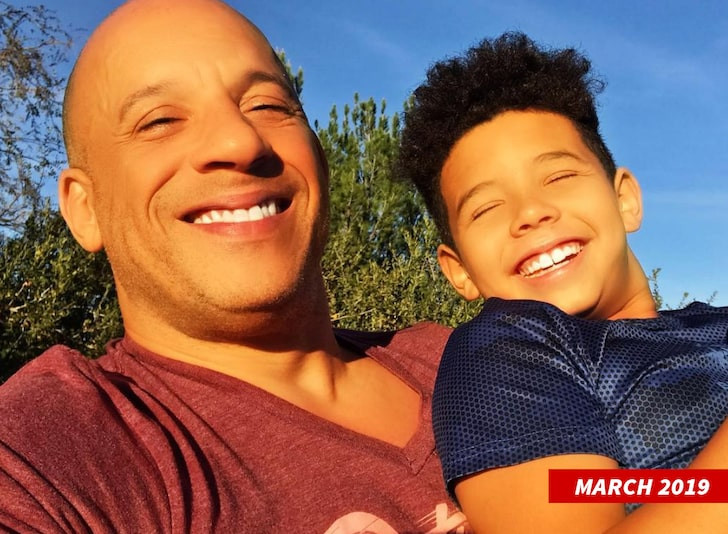 There has already been a flashback to Dom’s younger years in the seventh instalment but the younger version of him was played by Alex McGee. It is unknown how much screentime the youngster will get but his contract says he got paid a daily rate of $1,005.

F9 stars Vin, Michelle Rodriguez, Ludacris and Tyrese Gibson and will see the gang facing Dominic’s younger brother Jakob – a deadly assassin who is working with their old enemy Cipher.

The blockbuster was initially supposed to be released in May 2020 before it was moved to April 2021 and then May 2021. However, Vin confirmed that it will now premiere on June 25 this year in an Instagram post.