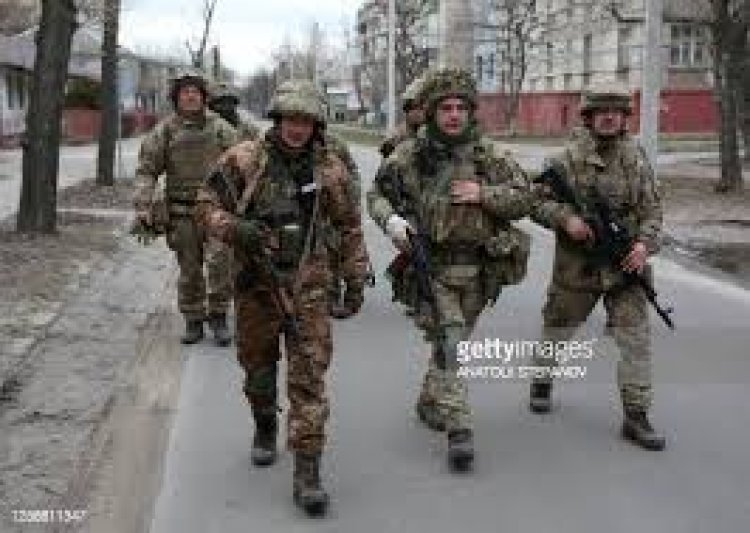 The Ukrainian military has retaken towns and defensive positions on the eastern outskirts of Kyiv, amid ongoing war with Russia.

This was disclosed by Britain’s Ministry of Defence on Friday in its latest intelligence update, CNN reports.

“Ukrainian counter-attacks, and Russian forces falling back on overextended supply lines, has allowed Ukraine to re-occupy towns and defensive positions up to 35 kilometres (21 miles) east of Kyiv,” the ministry said.

“Ukrainian forces are likely to continue to attempt to push Russian Forces back along the north-western axis from Kyiv towards Hostomel Airfield,” it added.

“Russian forces are still attempting to circumvent Mykolaiv as they look to drive west towards Odesa with their progress being slowed by logistic issues and Ukrainian resistance.”

The war between Ukraine and Russia started in February and several casualties have already been recorded.

Russian President Vladimir Putin ordered the invasion of Ukraine over disagreements on some political issues.