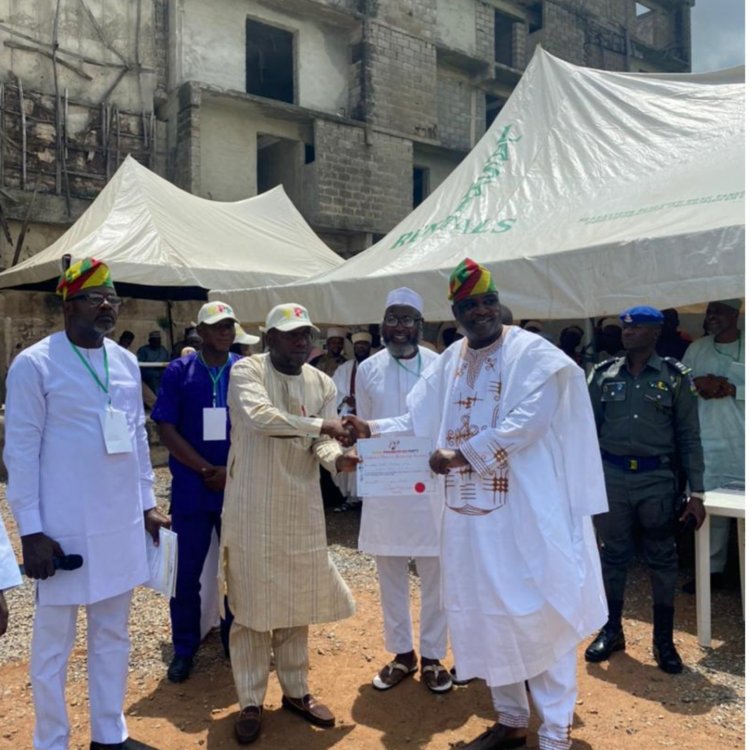 Waziri Yakubu Gobir has emerged the governorship candidate of the Young Progressives Party, YPP, for Kwara state ahead of the 2023 general elections.

He was affirmed the candidate by statutory and elected delegates of the party from the 16 local governments areas of the state on Saturday at the party’s secretariat in Ilorin, Kwara state capital.

He also presented the certificate of return to the governorship candidate of the party.

Mohammed, while declaring Gobir as candidate of the party said ” since he is a single aspirant, all that was required, is affirmation as stipulated by the electoral law.”

In his speech after the exercise, Gobir, described the event as a milestone for him and the party.

He recalled the bitter experience of the primary election in 2018 in the All Progressives Congress in the state despite “our contributions which led to the resounding victory of the party in the state.

“Since then, we picked ourselves to move and the movement led to where we are now,” he added.

Gobir disclosed that the party has structure in the state spread across the 193 wards, local governments and a functional standing executive committee at the state level.

He expressed gratitude that all primaries for elective positions in the party were conducted without rancour, adding “I am humbled by what we have achieved so far within a short period.”

Gobir said the party has over 50,000 registered members across the state and more are still coming into the party.

State Chairman of the party, Chief Dele Ogunbayo, thanked the delegates and party members for standing by the party during the take off.

2023: No one can deny it – Abe reacts as Tinubu claims he made Buhari president

2023: Kwankwaso may accept to be Peter Obi’s running mate...