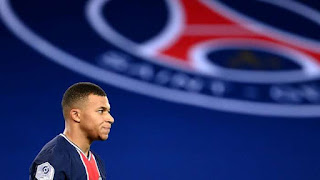 After the 2-1 defeat at Parc des Princes, the World Cup winner has said that his side know how to respond

Kylian Mbappe says Paris Saint-Germain will bounce back from their opening night disappointment against Manchester United in the Champions League.

PSG found themselves in the crosshairs of critics after a lacklustre display, but Mbappe says his side are ready to respond.

“It’s not the first time that we’ve lost the first match of the group stage. We know how to react,” he told the club’s official website ahead of Wednesday’s match against Istanbul Basaksehir