The tactician, after losing at home on Saturday, said they are ready to cope with the kind of reception they will get in the north

Tusker head coach Robert Matano has claimed their Caf Champions League opponents Zamalek SC will try to scare them using the army and the police.

The White Knights earned the first-leg advantage in their first-round clash at Nyayo Stadium on Saturday following a 1-0 win courtesy of a goal scored by Achraf Bencharki.

Matano has now claimed the Egyptian giants might use state might to scare them, but they will be ready for that kind of reception upon their arrival in North Africa for the second leg this weekend. 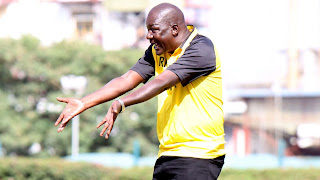