Timo Werner signed a pre-contract agreement with Bayern Munich in 2019 before he insisted the deal be cancelled after learning he wasn’t wanted by senior Bayern figures, Goal and SPOX can confirm.

Werner, then with RB Leipzig, was on a contract that expired in 2020, and was eyeing a move away as a free agent.

But the forward learned that then-Bayern manager Niko Kovac and sporting director Hasan Salihamidzic were not keen on his services, causing him to tell his agent Karl-Heinz Forster to cancel the deal. 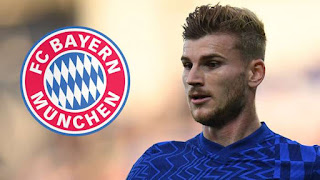