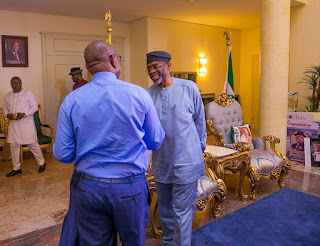 The Governor of Rivers State, Nyesom Wike, on Wednesday, said his support for the emergence of Femi Gbajabiamila (APC, Lagos) as Speaker of the 9th House of Representatives was “based on capacity, not party lines.‎”

Wike stated this when the Gbajabiamila/Wase campaign team, made up of 110 lawmakers, paid him a courtesy visit at the Government House in Port Harcourt.

The visit was part of the ‎ongoing Gbajabiamila’s South East/South South campaign tour for the Speaker of the House of Representatives, ahead of the inauguration of 9th Assembly.

“When you get there, we must work as a people; party is just a vehicle to convey you to your political destination.

“Party line is the major reason why Nigeria has not made any progress. It was the reason why our Electoral Act was not assented to,” Wike said.

He further urged Gbajabiamila to put Nigeria first when he emerges as the speaker of the 9th House on June 10.

Earlier, the House Leader had said he possessed the requisite leadership skills and legislative experience to successfully pilot the affairs of the 9th House.

It continued on Wednesday in Port Harcourt, Rivers States, and is expected to cover the six states in the South South zone. 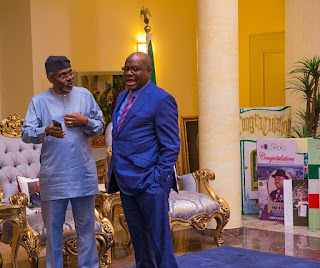