Jack Wilshere has not ruled out a return to Arsenal.

The former Gunners midfielder has been training with Mikel Arteta’s side to maintain his fitness.

And Wilshere hasn’t ruled out the possibility of signing up with his boyhood club.

“I went there, very kindly invited by them to come and train, get my fitness back, which I’ve done,” Wilshere told talkSPORT.

“I am [training with the first team]. They’ve got a lot of midfielders, they’ve got Ainsley Maitland-Niles…”

And when pushed on whether there is a chance he could play for the first team again he said: “Erm, I don’t know mate. Honestly, I don’t know.” 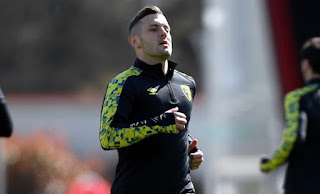