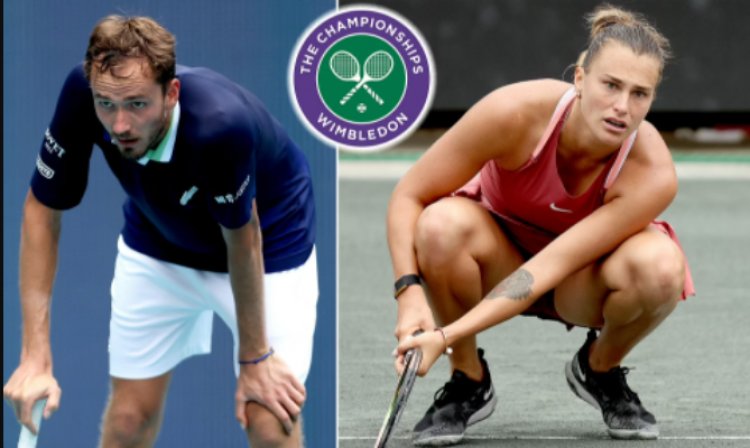 Russian and Belarusian tennis players will be banned from competing at Wimbledon this summer as the sporting world continues to punish athletes as a result of Vladimir Putin's invasion of Ukraine.

Russia has already been banned from the upcoming World Cup and the Women's European Championship while Belarusian athletes have also been punished due to their allegiance to Putin's Russia.

Wimbledon's main committee has now joined them and taken a prompt decision to ban Russians and Belarusians from this year's Championships.

The decision means three of the women's world top 20 and two of the men's top 10 will not be competing in London.

Russian and Belarusian athletes have so far been permitted to continue playing in ATP, WTA, and ITF competitions as long as they do so under a neutral flag and with no anthem played.

UK sports minister Nigel Huddleston has previously called for all Russian and Belarusian athletes to prove they are 'genuinely neutral' and give assurances they do not support or receive money from Putin or the Russian regime.

US Open champion Daniil Medvedev is currently the most high-profile tennis player from those countries. The 26-year-old is a doubt to play at the forthcoming French Open after undergoing hernia surgery.

Compatriot Andrey Rublev is eighth in the men's world rankings, while Karen Khachanov and Aslan Karatsev are 24th and 31st respectively and Belarus' Ilya Ivashka is 42nd.